A Ukrainian court has begun the trial of former opposition leader Yulia Tymoshenko who has denied allegations of embezzlement and tax evasion dating back to the 1990s. She was absent for health reasons. 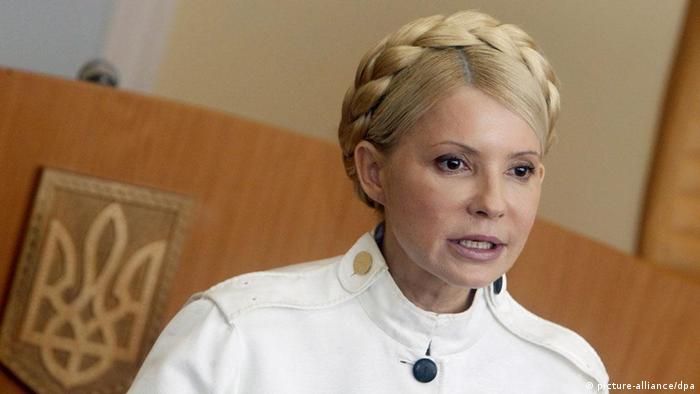 A new criminal trial against former Ukrainian Prime Minister Yulia Tymoshenko began on Thursday with the opposition leader absent from court due to health problems.

Prosecutors accuse Tymoshenko, 51, of embezzlement and tax evasion - charges which carry up to 12 years in prison. She is already serving a seven-year sentence related to a conviction last year for abuse of power. That conviction is currently being appealed.

The latest charges date back to the 1990s when she was head of the state-owned power company United Energy Systems of Ukraine. She is accused of reassigning debt - owed by the company to the Russian defense ministry - to the Ukrainian state budget. The charges claim she then took the money for herself and split it with her government ally Pavlo Lazarenko.

Ukrainian President Viktor Yanukovych faced fierce criticism at a summit with the EU. Democratic shortcomings could mean a pending association agreement will not be signed for years to come. (19.12.2011)

The leader of the 2004 pro-Western Orange Revolution was arrested on charges related to the current case in 2001, but was quickly released and cleared after supporters staged several protests outside the prison where she was being held. She denies the current charges and says the government is trying to silence her.

Thursday's trial has infuriated Tymoshenko supporters and EU officials, who have dubbed her prosecution as selective application of justice not living up to international standards.

President Viktor Yanukovych, who narrowly defeated Tymoshenko in the 2010 elections, says the Tymoshenko trials are part of Ukraine's efforts to root out corruption and that the EU has no business interfering.

Tymoshenko has reportedly been suffering from debilitating back pain, and the German government has lobbied Ukrainian authorities to have her treated in a Berlin hospital. Kyiv agreed to have her treated outside the prison in Kharkiv, but has not yet allowed her to be sent to Berlin.

Two German doctors traveled to the Kharkiv hospital over the weekend to evaluate whether it was properly equipped to treat Tymoshenko.

A report from one of the doctors was leaked to Ukrainian media in late March, saying the opposition leader suffered from a slipped disc and required "immediate" treatment in a "specialized clinic" outside the prison.