EU′s deal with Ukraine falters over Tymoshenko case | Europe | News and current affairs from around the continent | DW | 19.12.2011

Ukrainian President Viktor Yanukovych faced fierce criticism at a summit with the EU. Democratic shortcomings could mean a pending association agreement will not be signed for years to come. 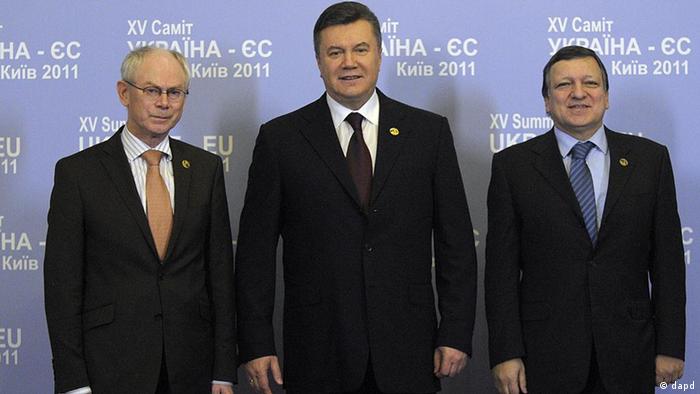 Diplomats spoke of a "difficult atmosphere" at the talks

There was not a hint of a smile when Ukrainian President Viktor Yanukovych and his European guests faced the cameras in Kyiv on Monday. Serious faces all round, as they began talking to journalists who had been kept waiting for more than an hour.

Both sides had reasons to be frustrated. The Ukrainian head of state had hoped to sign the Association Agreement at this summit after all, but it didn't happen. Instead, the end of the negotiations was announced, and that means that the text of the agreement has not been finalized. 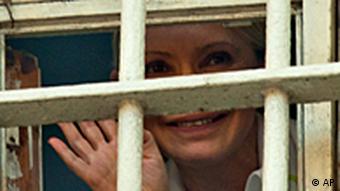 Yanukovych had also hoped the agreement would contain a "European perspective" and, thus, the prospect of EU membership for his country - another hope dashed. A joint declaration simply states that the EU "recognizes Ukraine's European ambitions" - no more than that.

European leaders, for their part, are worried about the state of democracy in Ukraine. Just a few kilometers from the venue of the summit, former prime minister and opposition leader Yulia Tymoshenko is still serving a jail sentence. Demonstrators waving placards at the summit reminded the leaders of her fate. EU leaders strongly and unusually openly condemned her incarceration.

At the news conference, her name was mentioned several times. "Our strongest concerns are primarily related to the risks of politically motivated justice, among which the Tymoshenko trial is the most striking example," EU President Herman Van Rompuy said.

He also said that her case was not the only one and that the EU was worried about democracy in Ukraine in general. EU Enlargement Commissioner Stefan Füle, who was at the summit, told Deutsche Welle the fact that the EU was so clear in its statement showed how relations between the EU and Ukraine had changed in the last few months.

EU diplomats talked of a "difficult atmosphere." Van Rompuy said Brussels was interested in signing the agreement with Ukraine, but how quickly that would happen all depended on whether the "political circumstances" in the country would change.

He added that the parliamentary elections next autumn would be a "litmus test for democracy," saying it was up to Ukraine to demonstrate a commitment to common values.

Yanukovych signaled that he had understood, but also stressed that Ukrainian law had to be adhered to. At the same time, he said he hoped the agreement could be signed soon.

One thing is for sure, the Association Agreement would change relations with the EU forever. In Kyiv, Van Rompuy talked of a "gigantic step" forward. If it comes into effect, Ukraine would have to adopt up to 80 percent of EU law - the so-called acquis communautaire, which would bring the desired EU membership within reach.

But it is still a long way off. Asked if the agreement would be signed and ratified even if Tymoshenko remains in jail, Füle said it was "up to the member states." Diplomatic sources say some EU countries have already signaled a "no" if Ukraine does not improve the rule of law. 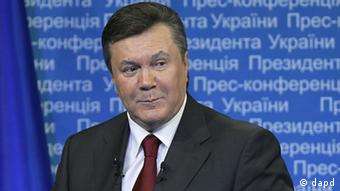 Yanukovych did not get what he had hoped for

There have also been hints by countries such as Germany that it would be nigh on impossible to get parliamentary approval for an agreement if the situation in Ukraine remains as is.

Experts therefore believe that it could take years before the agreement comes into effect, with all the benefits it would offer to ordinary Ukrainians. And it's not just the freedom to work and travel within the EU, which according to polls, is important to people in Ukraine.

The agreement is also important for domestic politics, according to political analyst Ihor Koliushko, who is based in Kyiv.

"The Association Agreement would force the Ukrainian government to commit to the rule of law. All of society would benefit from that," he told Deutsche Welle.

An EU envoy on a mission to Ukraine has once again expressed concern over the jailing of former Prime Minister Yulia Tymoshenko. The fallout over the affair threatens to hamper a trade deal between the EU and Kyiv. (13.12.2011)

After her trial and conviction was denounced as a farce, Ukrainian opposition leader Yulia Tymoshenko has been reportedly suffering from severe back pain, leading the president to authorize out-of-jail treatment. (22.11.2011)

The European Union has put off talks with Ukrainian President Viktor Yanukovych on a long-awaited free trade deal, as a disagreement over the imprisonment of opposition leader Yulia Tymoshenko drags on. (18.10.2011)