Ukraine’s electoral commission has declared the campaign to elect a new president open. Meanwhile, the country's interim leader has said he hopes to name a new unity government in the next couple of days. 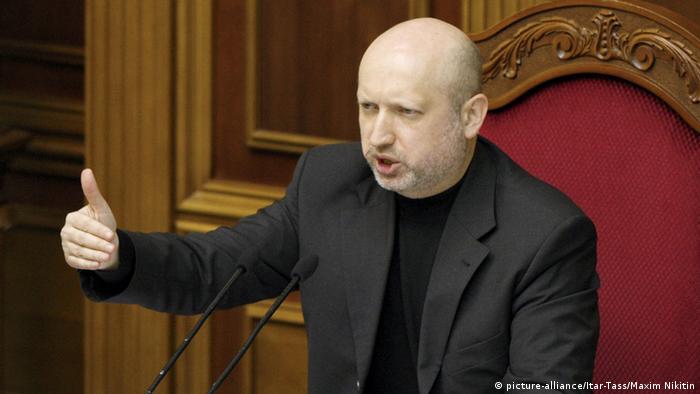 The campaign to elect a successor to ousted President Viktor Yanukovych opened on Tuesday, with Ukraine's electoral commission officially setting May 25 as election date in an announcement posted on its website.

Just who will run for the post was not immediately clear, but there has been much speculation that opposition politician and former cabinet minister Arseniy Yatsenyuk and freed opposition leader and former Prime Minister Yulia Tymoshenko will be among them. Former world heavyweight boxing champion Vitali Klitschko has also previously stated his intention to run for president.

This came as Ukraine's interim president, Oleksandr Turchynov, was set form a new unity government meant to bring stability to the deeply divided country in the weeks leading up to the vote. Turchynov had originally said he hoped to have this process completed in the next few hours, but speaking to parliament on Tuesday, he announced that this would be delayed by a couple of days.

"On Thursday a coalition of national faith must be elected," he said.

The European Union's foreign policy coordinator, Catherine Ashton, arrived in Kyiv on Tuesday to discuss the way forward after Ukraine's parliament voted over the weekend to remove President Yanukovych from office.

Turchynov told Ashton that his country required urgent financial aid to avoid having to default on billions of euros in foreign obligations this year.

Interim Finance Minister Yuriy Kolobov has said the country needs around $35 billion (25 billion euros) by the end of next year. He also called for an international donors' conference for Ukraine.

Meanwhile, the whereabouts of Yanukovych remained unknown on Tuesday, a day after Ukrainian authorities issued a warrant for his arrest on a charge of "mass murder." Yanukovych was last sighted in the mainly pro-Russian region of Crimea on the weekend.

His decision last November to balk at signing an association agreement with the European Union sparked weeks of mass anti-government protests in Kyiv's Maidan Square. More than 80 people were killed in clashes between security forces and protesters last week, after the government deployed snipers in an attempt to put down the unrest.