A Ukrainian activist and journalist taking part in a project for DW has been assaulted after writing an article about government officials' assets. Tetyana Chornovil was pulled from her car, beaten and left in a ditch. 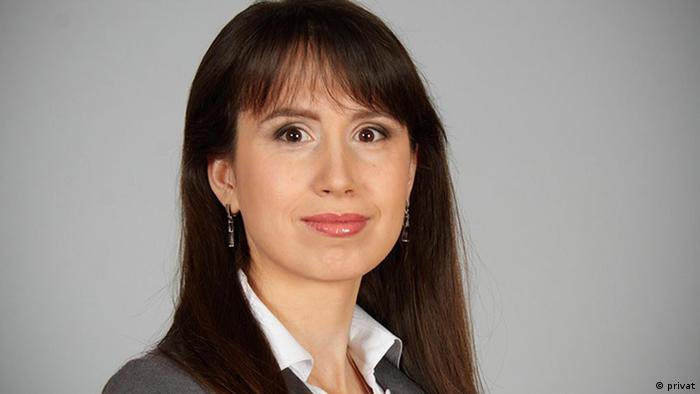 The 34-year-old told police her car was stopped by an all-terrain vehicle in the early hours of Wednesday.

A group of unidentified men from the four-by-four then broke the rear window of Chornovil's car, forced her out of the vehicle and began to hit her, a police statement said.

"They then pulled her from the car, beat her and left her in a ditch," said the statement. It was not reported whether Chornovil had been robbed. The freelance journalist was left with a broken nose, concussion and numerous bruises, according to the newspaper Ukrainska Pravda. Opposition activists said she was in hospital, being treated in intensive care.

A surveillance camera from the journalist's car, which was thought to have shown the all-terrain vehicle, was removed by the men.

Chornovil had been on her way back from a job photographing the country residence of the Ukrainian Interior Minister, Vitaly Zakharchenko - a staunch ally of President Viktor Yanukovych .

Only hours earlier, Chornovil - who was taking part in the DW project "Alle Macht Dem Volk" (All Power to the People) - had published a story about Zakharchenko's lavish suburban home.

Activist shot with own weapon

Last week, 27-year-old activist Volodymyr Maralov said he was dragged out of his car and shot in the chest with his own weapon. Surgeons reportedly removed a rubber bullet that had penetrated 6 centimeters (2 inches) into his chest.

Maralov claimed that it was police who carried out that attack.

Kyiv has seen repeated street protests since late November, when President Viktor Yanukovich refused to sign an association agreement with the European Union. Rallies at the weekends have drawn crowds of as many as 200,000 people, with complaints that police were guilty of excessive violence in clearing the protests.

Instead of the EU deal, Ukraine sealed a deal with Russia last week to receive a $15 billion (11 billion euro) debt bailout and lower gas prices. Russian President Vladimir Putin has said he would prefer Ukraine to enter into a Customs Agreement with Moscow as an alternative to forming closer ties to Brussels.