Enrollment in acupuncture and other 'complementary medicine' programs has fallen in Britain. A University College London pharmacology professor has led the charge to drop public funding for teaching 'quackery.' 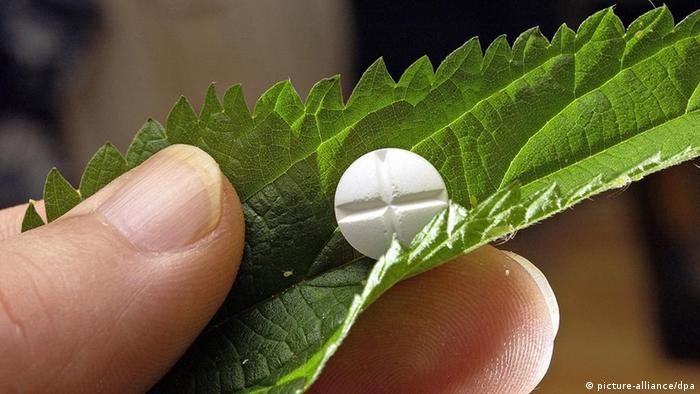 Starting this year, it will no longer be possible to receive a degree from a publicly-funded British university in areas of "alternative medicine," including homeopathy, naturopathy, and reflexology.

Derby University, in the Midlands of the United Kingdom, said that as of 2012 it was shutting down its complementary medicine department. Meanwhile, the University of Westminster, in central London, which used to be the country's leader of alternative medicine degrees, is no longer taking on new students in this area of study for the fall 2012 semester.

Until last year, students at Salford University in Manchester could take a bachelor of science degree in homeopathy, Chinese medicine or acupuncture - all disciplines regarded as non-scientific in the wider science community. 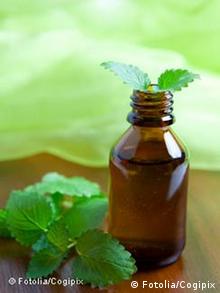 Homeopathy relies on a small diluted solution as a treatment

Over the last few years, nearly all such courses have disappeared from British universities, as there has been more scrutiny of public funding for scientifically dubious practicies. As of just a few years ago, there were 45 different degree possibilities across UK universities in what nearly all mainstream scientists would call pseudo-science - like homeopathy, naturopathy and reflexology.

Homeopathy is based on the idea of treating like with like - onion extract against running eyes for instance - and by diluting the remedy in water to such an extent there's often no trace of the original substance left. It was theorized and promoted by a German doctor in the late 18th and early 19th centuries.

However, today, nearly all scientists dismiss this and other alternative medicines like acupuncture and chiropractic as unscientific, saying people who claim they work are merely observing a placebo effect. Last year, both the British and German governments called for a halt to public funding of homeopathy.

"They're dishonest, they teach things that aren't true, and things that are dangerous to patients in some cases," said David Colquhoun, professor of pharmacology at University College London, who has led the charge to shut down these programs. 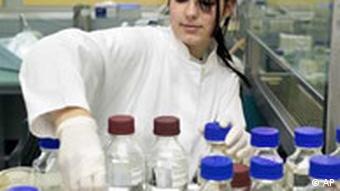 Mainstream scientists dismiss the efficacy of such alternative treatments

He told Deutsche Welle that universities by their very nature should not teach non-academic subjects. Five years ago, he started campaigning to close what he calls university courses in "quackery." Since then, 21 out of a total of 45 courses across six UK universities have been shut down.

"There'd be nothing wrong with teaching about acupuncture or chiropractic or homeopathy as quaint things that people used to believe before we knew better," he said. "But these are being taught to kids so that they can go out and treat patients as though if it was all true. And this is a terrible situation for a university to be in.”

Affected universities seem unwilling to acknowledge the affect of this lobbying, but admit that they have seen a drop in student applications.

"We found that certain courses weren't recruiting very well," said David Peters, the clinical director of the School of Integrated Health at the University of Westminster.

This university used to offer the widest range of alternative medicine courses in Europe. Now, most of their courses have been eliminated.

While he can't explain the drop in applications, Peters says the cost of running alternative medicine courses was the main reason for closing them. 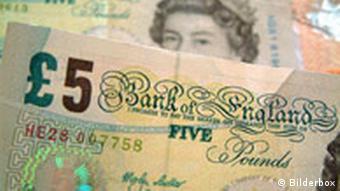 David Peters said the courses' closing is a question of money

"You can't teach a course as expensive as our courses if you only have 10 students in a year," he told Deutsche Welle. "I regret the decision but it's a decision based on pounds, shilling and pence."

Despite the apparent drop in interest among students, David Peters believes universities should continue offer the courses because not enough research has been done into these disciplines.

"The problem I think really for those who say universities should wash their hands of complementary medicine is that where better to do the research than in a university," he added. "And, since you want to have complementary practitioners who are safe and competent and speak the language of medicine, why should you not educate them in universities where they can be exposed to science."

However, despite the lack of medical benefit, alternative treatments remain popular in the UK and other parts of Europe. Many pharmacies like this continue to sell a wide range of homeopathic pills, and there are practitioners of alternative medicine in many major cities.

Still, the majority of the scientific community say there has been enough research into such methods, and it's time to try to educate people about what has been proven to work, and what has not.

"Homeopathy has to be taught in such a way that nobody would ever dream of practicing homoeopathy because it is not supported by clinical evidence - and therefore academically speaking you cannot support it," said Edzard Ernst, a professor of complimentary medicine at the University of Exeter.

The 200-year-old dubious medical treatment may soon be dropped from German medical insurance providers as a cost-saving measure. The United Kingdom may also do the same. (13.07.2010)

The Truth About Homeopathy?

DW-WORLD received numerous e-mails from readers describing their experiences using homeopathy that contradict a recently publicized scientific study that said such treatments were no more effective than placebos. (31.08.2005)

Study: Homeopathy No Better than Placebo

Homeopathic treatment is no more effective than a placebo, the dummy substance used in medical trials, according to a study appearing in the British medical weekly, "The Lancet." (26.08.2005)