Scientists have seen that exposure to shifting environmental factors can lead to enduring changes in genetic activity. But how? Recent findings by a UK-based research team offer an answer. 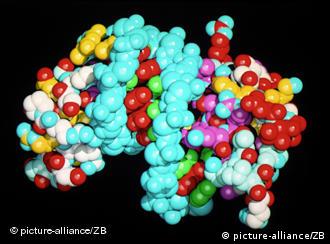 The question: how do genes internalize responses to complex variables?

Biologists have observed that organisms seem capable of forming lasting biological responses to temporary conditions like the weather, predators or available nutrition - and of passing these "memories" and their associated behaviors on to offspring without introducing changes into the inherited genome sequence.

Now, researchers have discovered the biological mechanism that could explain how such memories are formed and passed on. The findings by scientists supported by the UK's Biotechnology and Biological Sciences Research Council (BBSRC) were published in the journal, Nature on Sunday.

The process they describe could explain how a wide range of adaptive traits occur, like how a severe food shortage among humans can affect their offspring's susceptibility to disease or how plants seem capable of recalling the length of the cold period in winter, according to the BBSRC.

"This research could be relevant in any system where you want to remember an environmental response that isn't a simple yes or no," Martin Howard, one of the group's head researchers, explained in an interview with Deutsche Welle.

"For example, the plant wants to remember how much cold it's been exposed to - a variable quantity, and when it comes to human health, you might think of the more you've been exposed to a certain factor," Howard added.

One application for the results could be in manipulating when plants flower in regions that are facing climate change.

"This work not only gives us insight into a phenomenon that is crucial for future food security - the timing of flowering according to climate variation - but it uncovers an important mechanism that is at play right across biology," noted Douglas Kell, the head of the BBSRC, in a press release. 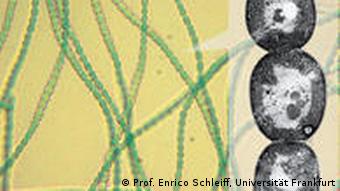 Researchers experimented with plants of the Arabidopsis genus

The research presented Sunday focused on vernalization, the perception and memory of winter in plants. Their work shows that the ability of plants to "remember" how long the winter lasts hinges on histones, spool-shaped proteins around which DNA wraps itself.

Plus, if the modifications occur in cells involved in reproduction, the changes can then pass on to the organism's offspring. The process is termed epigenetic because it causes no direct change to the organism's genetic sequence itself, though it still affects genetic behavior.

The researchers demonstrated that certain changes in histone near a key gene known as FLC, present in some plants, can switch that gene on and off. The group then showed how longer cold periods lead a higher proportion of FLC genes in an organism to deactivate, thereby delaying the flowering of the plant.

The study's key finding, said Martin Howard, was putting together the big picture and showing that environmental factors affect genetic behavior by switching groups of genes on or off. It's the proportion of active or deactivated genes within a larger population of genes that determines the response to a complex variable like cold weather exposure in plants.

Other scientists agreed that this new finding may be an important step for genetics research.

"The study adds important information about how individual cell switches add up to a gradual developmental decision," agreed Ortun Mittelsten Scheid, a researcher at the Gregor Mendel Institute of Molecular Plant Biology in Vienna, who was not part of the study.

"This is certainly an interesting principle that is likely to be valid beyond Arabidopsis, vernalization and FLC," she added.

Though the experiments and models used in the research published Sunday strictly involved plants, the group is optimistic that their results could have important applications for understanding human genetic activity.

"A lot of the mechanisms that are used in epigenetics are conserved across different species, so many of the same proteins and mechanisms we studied are also present in high eukaryotes and in humans," Howard told Deutsche Welle.

The gene linked to type 2 diabetes and cholesterol levels regulates other genes in fat cells, a study led by researchers from King's College London and the University of Oxford found. (16.05.2011)

Roses are red, celery's green and stops petal blight with help from a gene

How to make love last? US horticulturists have one answer: splice celery and rose DNA to help roses fight disease. They hope to give the symbol of love some extra staying power. (14.02.2011)