UK schools caught up in extremism debate | Europe | News and current affairs from around the continent | DW | 02.09.2014

This week, children across the United Kingdom return to school. Some experts are concerned that UK schools are becoming the breeding ground for Islamic extremism and want a clear focus on "British values." 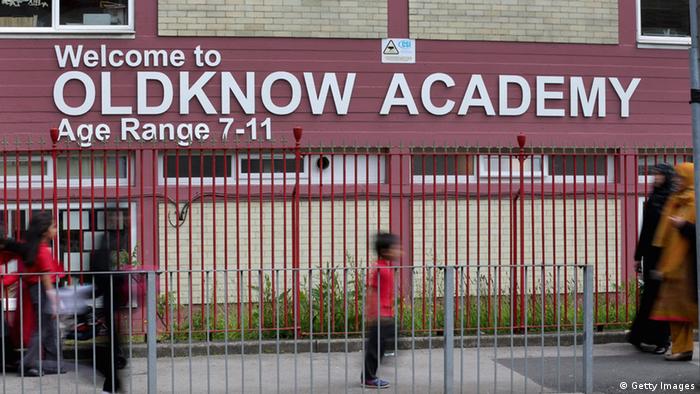 Earlier this year, it was alleged that there was an "Islamist plot" to take over state schools in Birmingham and run them on strict Islamic principles. This was supposedly carried out by groups of religious conservatives infiltrating governing bodies and pressuring staff to impose certain religious behaviors, such as the segregation of boys and girls and compulsory prayer.

Ofsted, the schools inspector, held emergency inspections at 21 schools in the city. The majority was exonerated, but five were downgraded from outstanding to "special measures" - the lowest possible rating. The government commissioned a report, with the inquiry controversially headed by Sir Peter Clarke, formerly the Metropolitan Police's head of counterterrorism.

Clarke found no evidence of violent extremism or terrorism being promoted at the schools, but did find that "there are a number of people, associated with each other and in positions of influence in schools and governing bodies, who espouse, endorse, or fail to challenge extremist views."

Following the release of the Clarke report, the government rushed through new rules. Applying to state and independent schools, they focus on "promoting British values." A Department for Education spokeswoman said the new rules promote "tolerance and respect of all faiths and cultures."

The new education secretary, Nicky Morgan, said that steps would be taken to prevent extreme views from being promoted in nurseries. The announcement raised some eyebrows; in nurseries, children are aged 2-3. 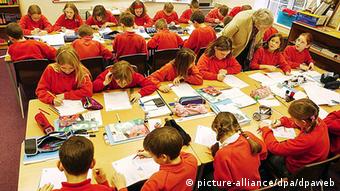 Groomed at an early age?

The controversy - known as the "Trojan Horse" scandal, a term used in the letter that made the original allegations - went wider than schools in Birmingham. It was suggested that schools in other ethnically segregated Islamic communities elsewhere in the country - Bradford, Tower Hamlets - could be investigated too.

This focus on Muslims ignited sensitivities - already high in these deprived areas, where people feel they are constantly unfairly scrutinised. "You can isolate and alienate communities," says Dr Imran Awan, a criminologist at Birmingham City University. "They feel ostracized and marginalized and therefore seclude themselves within this bubble, feeling categorised as a suspect community."

People in the local area in Birmingham said they felt they were the victims of a witch-hunt. Most of the schools concerned had an intake of more than 90 percent children from Muslim families, and local campaigners argue that incorporating religious teachings into schooling was a means to raise their achievement.

Yet national media coverage was often inflammatory, with one magazine (the Spectator) running a cartoon of a child holding a Quran in one hand and a sword in the other, under the caption "Taught to hate."

The political response was no less sensational, with then education secretary, Michael Gove, speaking about "drain[ing] the swamp" of extremism and from the outset, treating the investigation as a counterterror issue, not one of school governance. 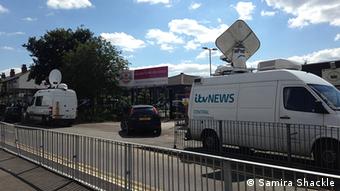 Media coverage has been extreme and overblown

Most analysts concede that it was inaccurate to suggest that the Birmingham schools were breeding grounds for terror. However, various reports concluded that the children were provided with a narrow worldview that could potentially leave them susceptible to radicalization in the future. The question of radicalization of young British Muslims is particularly charged at the moment, given that significant numbers of British men are fighting with ISIS in Syria and Iraq.

But, of course, there is a danger of tarring everyone with the same brush, which has its own serious consequences. A frequent grievance brought up by Muslim communities is the assumption in the halls of power that they are all terrorists.

"There is conservatism in religion, and there is extremism, and the two are very different things," says Shabana Mahmood, Labour MP for Birmingham Ladywood. "[Equating the two] makes people question who and what they are and what their place is in their own country, and I think that's quite dangerous for everybody." 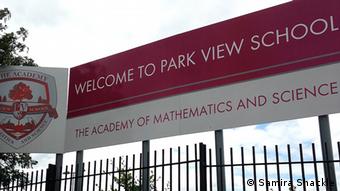 Has the whole affair been mishandled?

When it comes to schools, the mishandling by government and media may have had at least as much of a negative effect as the narrow world view provided by the schools. "The children see the news and see stuff happening with Syria: they think that's extreme, that's terrorism," says Shabina Bano, head of the parents' association at Oldknow Academy, a primary school implicated in the Trojan Horse affair.

"They're trying to make a connection. What have we got to do with them when we're just going to school? When trust breaks down, the implication is on the children. Words like terrorism, radicalization, have been thrown at our children. It's as if the government has said to the children, go and Google what radicalization is."

The government's new guidelines for "promoting British values" in schools are on top of the existing "Prevent violent extremism" program, which makes teaching about online safety and other elements of counter-extremism compulsory. There have been questions from head teachers, who say that the new guidelines have been rushed through without an adequate consultation period.

Malcolm Trobe, deputy general secretary of the Association of School and College Leaders, says there is a danger of "over-regulation" and a "knee-jerk response." His organization's official response warned: "It will no doubt be argued that there is no intention of stifling discussion, but there should be no power to do so; a secretary of state cannot bind her successors, and once a power is available it is likely to be used, not always for the original purpose."

The stakes of mishandling are high. "It has a big impact," says Awan. "Muslim communities say: tell us what British values are. They have the passport and everything else, contribute to this country, work. What is the next test that's going to come?"