The British prime minister is facing fresh accusations of hosting parties during lockdown in June 2020. About 30 people are said to have attended a birthday celebration, when gatherings were not allowed. 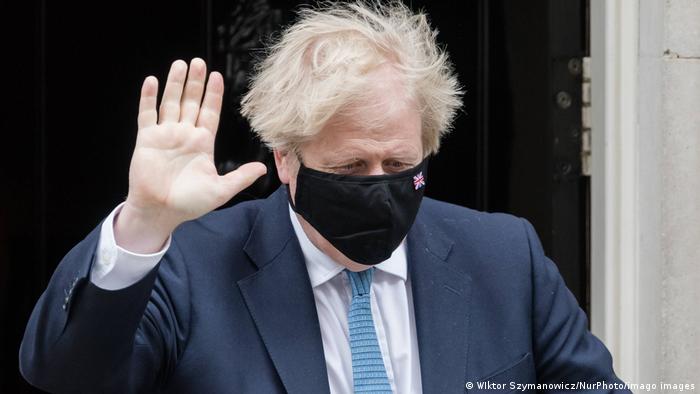 Johnson was earlier accused of holding a garden party in May 2020.

The gathering is said to have been held in June 2020, during the first COVID lockdown in Britain.

The new allegation comes just days before an official investigation by Cabinet Office official Sue Gray into other lockdown parties is due to be published later this week.

What are the details of Johnson's alleged party?

Johnson's then-fiancee Carrie Symonds, who has since become the PM's wife, organised a surprise party for his 56th birthday on June 19 with up to 30 staff attending.

The party is said to have lasted for around half an hour. Symonds had brought a cake for Johnson, and attendees sang happy birthday for him, said the report

Downing Street said that staff gathered briefly after a meeting and Johnson attended for less than 10 minutes. They denied a second allegation that he held a separate party that evening with family friends, saying he met a small number of family members outside.

"A group of staff working in No. 10 that day gathered briefly in the Cabinet Room after a meeting to wish the prime minister a happy birthday. He was there for less than 10 minutes," said a statement from the prime minister's office.

This is the latest accusation Johnson has faced for holding parties during lockdown.

Two weeks ago, he apologized in Parliament for a "bring your own booze" garden party that took place at Downing Street on May 20, 2020.

He said he had believed the party was a work event.

It was later reported that Downing Street staff had also held two separate gatherings on the eve of the funeral of Queen Elizabeth II's husband Prince Philip.

The accusation comes as Johnson struggles to retain his credibility as leader of the country and among his Conservative party.

Simon Case was leading the probe into alleged Christmas parties held by Prime Minister Boris Johnson's staff in breach of COVID restrictions. Case has quit after reports of parties in his own office.