The US says it has imposed economic sanctions on two sons of Lord's Resistance Army leader Joseph Kony. But Uganda, where the LRA originated, says it is quitting an African Union military mission fighting the group. 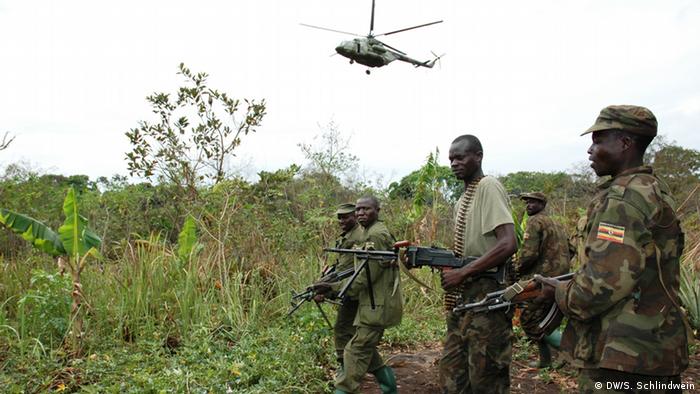 In a recent interview, the head of the Ugandan army, General Katumba Wamala, mentioned casually that his troops would be abandoning their hunt for the Lord's Resistance Army (LRA), which was regarded for years as one of Africa's most brutal militia. The International Criminal Court in the Hague has issued an arrest warrant for its leader, the elusive Joseph Kony. The LRA is notorious for abducting children and then training them to be child soldiers.

Until 2005, the LRA, whose members mostly come from the Acholi ethnic group, fought the government forces of President Yoweri Museveni in northern Uganda. The militia then retreated to southern Sudan and then to jungle territory in the Democratic Republic of Congo (DRC). The Ugandan army discovered their new hideout in 2008 and attacked their positions from the air. LRA units led by Joseph Kony scattered off in all directions, some to southern Sudan, others to the Central African Republic (CAR). 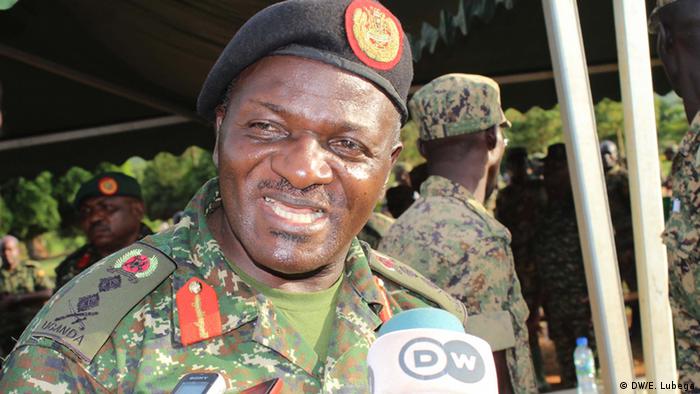 More recently, Colonel Paddy Ankunda, the Ugandan army's spokesperson, said that their troops had successfully ambushed a number of LRA fighters on the border between the DRC and CAR. The incident, in which the Ugandan troops liberated four prisoners, occurred last week. "The reason why their fighters were able to hold out there is because it is a huge area devoid of any government authority;" Ankunda said. "But as a conventional fighting force, LRA is now non-existent," he claimed.

There is an African Union-mandated military mission in the area where the borders of three countries, CAR, DRC and South Sudan, intersect. Five thousand troops from the three countries have been tasked with the pursuit of the LRA across national borders. Under this mission, around 500 members of Uganda's special forces have been deployed in eastern CAR. Part of this contingent is charged with the protection of local villagers from LRA attacks. The remainder - divided up into smaller units - is engaged in tracking down LRA fighters.

Two hundred members of US special forces are also on hand to provide logistical support and help with reconnaissance. However, Ankunda complained that the only troops to take an active role in the military campaign were the Ugandans. 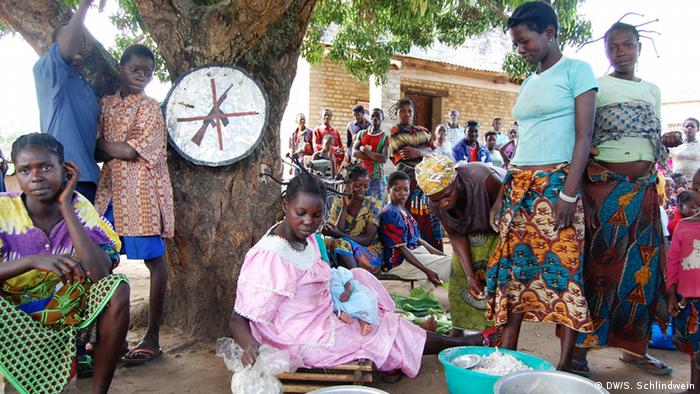 This was a drain on the Ugandan economy, Ankunda said. In spite of the AU mandate, Uganda has to cover all the costs of the operation. The only ones who had supplied any active support were the Americans. "The [rest of the] world has left us in the lurch," Ankunda added.

The US announced last week it was imposing economic sanctions against two sons of Joseph Kony. The Treasury Department said it was targeting Salim and Ali Kony "for acting on behalf of the LRA and/or Joseph Kony." The pair have been part of the LRA's leadership since 2010. "Salim and Ali Kony have been jointly responsible for enforcing discipline within the LRA, and Salim is reported to have killed LRA members who intended to defect," the Treasury Department said.

The move, which was disclosed on Tuesday (23.08.2016), freezes any assets belonging to the sons within US jurisdiction and bars Americans from engaging in the business with them. Sanctions against Kony senior were announced in March.

Ankunda said the LRA no longer poses a threat to Uganda and the country therefore sees no need to fight the militia any longer. The army spokesman believes that others, in particular the UN mission in CAR known as MINUSCA, should now shoulder that responsibility. "We are planning to pull out of the operation by the end of the year," he said. 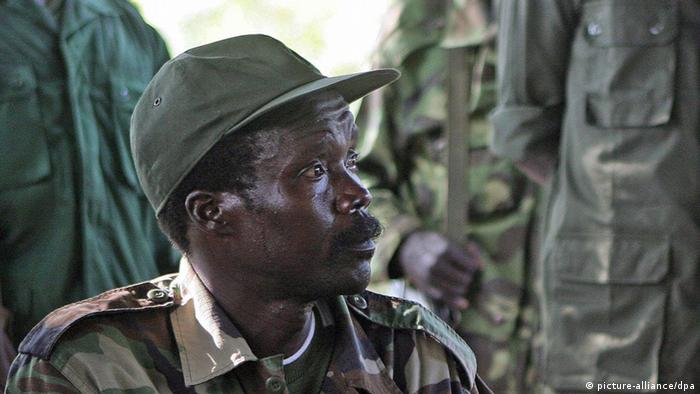 The US-based human rights group "The Resolve" claims that the LRA is far from being defeated. The group's co-founder Paul Ronan has been investigating the activities of the LRA for many years and is familiar with the situation on the ground. He says the LRA is regrouping. 340 people have been kidnapped in eastern CAR so far this year. That is more than the number who were abducted in the whole of 2015. The victims included 69 children, mostly boys. "Fighters who deserted from the LRA in February and March have told us that Kony has given the order for the kidnapping of boys so that a new generations of fighters can be trained," Ronan said. He does not believe that the LRA is a "spent force."

Experts fear that the withdrawal of Ugandan troops will create a security vacuum in the LRA's operational territory. Many doubt whether UN troops would be able to take over the duties of the well-trained Ugandan special forces.

The Lord's Resistance Army (LRA) rebel group is led by Joseph Kony. It has been committing atrocities against civilians in parts of Africa for nearly three decades. The group claims to be fighting "in the name of God." (17.12.2014)