In Uganda, an anti-gay law that triggered cuts in Western aid, has been thrown out on a technicality. Rights groups welcome the move, but say colonial-era penalties on homosexuality remain in force. 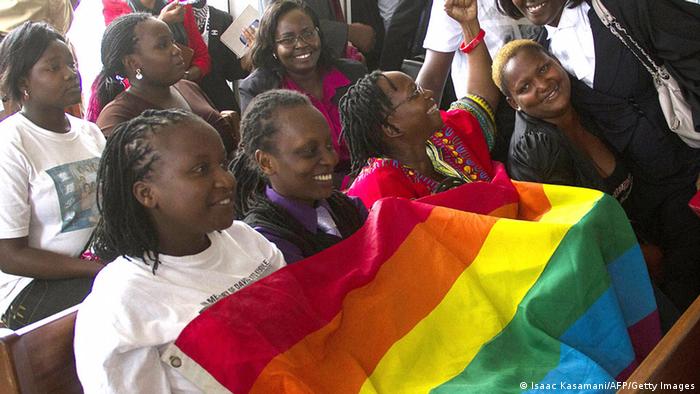 A Ugandan court struck down an anti-gay law on Friday, saying it had been wrongly passed by parliament and was null and void.

The panel of five judges from Uganda's constitutional court said the speaker of parliament acted illegally when she allowed a vote on the anti-gay bill in December 2013, despite three objections over the lack of a quorum, including one raised by the prime minister.

The law went into force after being signed by President Yoweri Museveni in February 2014. 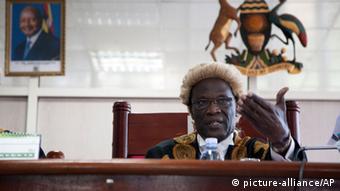 Western nations have made a raft of cuts in aid to the Ugandan government in protest at the law since it was passed.

US Secretary of State John Kerry likened the law to anti-Semitic legislation in Nazi Germany in the 1930s.

DW correspondent Alex Gitta said the gay community in Kampala was elated by the news that the law had been overturned, but expected another legal battle soon as the government was preparing to appeal the decision.

One Ugandan gay rights activist, Jacqueline Kasha Nabagesera, told DW "until there is full equality and liberation we are not going to bury our heads in the sand."

Ugandan gay leader Frank Mugisha said the ruling was a "step forward" for gay rights, even though he was concerned about possible retaliation.

Religious leaders opposed to gay rights who were present in court, said they were disappointed with the Ugandan court system and questioned the unusual speed with which the petition was handled. Pastor Martin Ssempa told DW that the cutting of aid and the imposition of sanctions by the United States may have influenced the judges' decision. "We are aware there is a lot of pressure," he said. 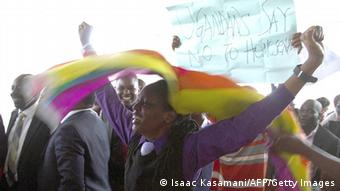 The law was annulled after civil society organizations had filed a petition with the constitutional court. They claimed that the law had not only been passed in parliament without a quorum, but also that it violated human rights as well.

The rights group Amnesty International said on Friday the ruling was a step towards stopping state-sponsored discrimination in its tracks.

"Even though Uganda's abominable Anti-Homosexuality Act was scrapped on the basis of a technicality, it is a significant victory for the Ugandan activists who have campaigned against this law," the group said in a statement.

Amnesty also said it had documented a sharp increase in arbitrary arrests, police abuse and extortion against lesbian, gay, bisexual, transgender and intersex people since the law had been enacted. 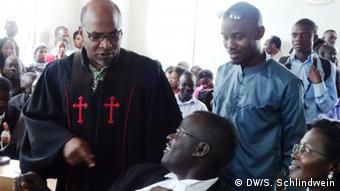 Nicolas Opiyo, a Ugandan lawyer who was among the petitioners, welcomed the ruling but said an opportunity to debate the substance of the law had been missed. A colonial-era law criminalizing sex acts "against the order of nature," still remained in force, allowing for continued arrests of alleged homosexual offenders, he said.

David Bahati, the Ugandan parliamentary deputy who introduced the bill, which initially proposed the death penalty for homosexuality, said the government would appeal the ruling. He said he was confident the law would remain in force.

Critics have said Museveni signed the bill into law to win domestic support ahead of a presidential election scheduled for 2016.

Uganda’s top court has reversed a law that criminalizes homosexuality. The country’s parliament passed the bill in February, prompting international outcry and sanctions from the United States. (01.08.2014)