Life is dangerous for Africa’s gays and lesbians, despite a resolution from the African Commission for Human Rights. The UN warns that the persecution of homosexuals is hindering the fight against AIDS. 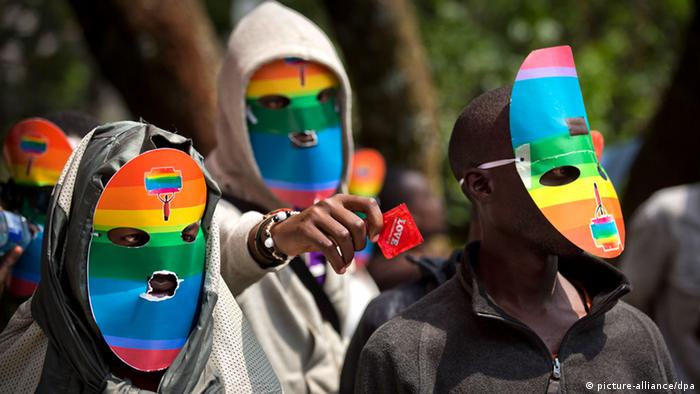 Yaounde, Cameroon, 15 July 2013 - journalist and gay activist Eric Lembembe is found dead at his home. His body showed signs of having been severely tortured, his friends told police who launched an investigation - but without any results. Drissa Traore, deputy head of the International Human Rights Federation (FIDH) in Cameroon is outraged. "Probably no one was even questioned. Absolutely no progress has been made," Traore said in an interview with DW. He accused the government of lacking the will to pursue the case. 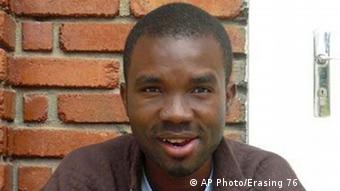 The murderers of Eric Lembembe have never been found

It is not a good time for sexual minorities in Africa. At the start of the year, the presidents of Nigeria and Uganda, Goodluck Jonathan and Yoweri Museveni, signed laws imposing heavy penalties, including life imprisonment, on homosexuals. Even where there is some flexibility and laws may exist in the statute books but never be applied, human rights activists complain that the homophobic attitudes of many African governments encourage anti-gay and lesbian tendencies. The failure to properly investigate the murder of Eric Lembembe played into the hands of all who persecuted gay men and women and those speaking up for them, Traore said. "In Cameroon, and in southern and central Africa, homosexuals are forced to go into hiding," he said.

The police rarely help in such cases, said Neela Ghoshal, who works with Human Rights Watch (HRW) in Kenya. "In many countries in Africa right now, if you are an LGBTI [lesbian, gay, bisexual, transgender, intersexual] person and you are the victim of crime and you go to the police, they will - instead of receiving your complaint - generally mock you, ask you questions about your sexual orientation and in some cases you even risk being arrested yourself," she said.

If homosexuals are forced into illegality, this has many negative effects, Traore points out. For example it hampers the fight against AIDS. This a problem that doctors see in particular in Uganda. Merely having contact with homosexuals can result in a heavy jail sentence. This makes public awareness campaigns and health counselling practically impossible.

"In the fight against AIDS, Uganda used to be at the forefront," UN human rights spokesman Charles Radcliffe said in an interview with German Protestant news agency epd. "It is statistically proven that countries that criminalize homosexuals have higher rates of HIV infection," he added.

A strong signal from the African Commission

Members of the LGBTI community should have the same protection as all Africans. That is the message from the African Commission for Human and People's rights (ACHPR), located in the Gambian capital Banjul. In a resolution passed in May 2014, the Commission called on African states to protect people against acts of violence perpetrated "on the basis of their actual or perceived sexual orientation or gender identity." Member states should also ensure that "human rights defenders can work in an enabling environment that is free of stigma, reprisals or criminal prosecution as a result of their human rights protection activities, including the rights of sexual minorities."

For HRW activist Ghoshal this is a major step forward. "It is the first time that "an African continental body has made a strong statement opposing violence against LGBTI people," she said.

One of the eleven Commission members is Reine Alapini-Gansou from Benin. Others come from Uganda and Nigeria. But the independent Commission speaks with one voice, Alapini emphasized. In its human rights work, it consistently draws attention to the needs of homosexuals. "We reacted with a press statement to the new legislation in Uganda and we are consistently appealing to the government there," she said in an interview with DW. Commission decisions are not legally binding but Neela Ghoshal underlines their symbolic value. Local activists, for example, in Kenya, Uganda, Botswana and Nigeria can use this "to lobby their own governments and say 'now that the African Commission has passed this resolution, what are you going to do to improve our situation?`" 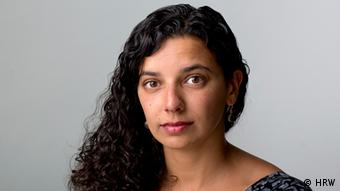 African lesbian and gay rights movements were the ones who had pushed for the resolution and who drew up a draft, Ghoshal said. The fact that the initiative came from Africa is not without significance. Uganda's President Museveni had dismissed homosexuality as a western fad which was incompatible with African traditions. He signed his country's tough new law notwithstanding the pressure exerted by several high ranking international politicians.

The West had no influence on the African Commission resolution, Alapini-Gansou declared. Commissioners had focused their attention on African texts such as the African Charter for Human Rights. "No one can say that homosexuality is a western or oriental invention and that Africa is an exception," she said. "Such people must know that homosexuality is a human phenomenon." African states have an obligation to respect their own legal foundations and protection against persecution and the right to physical and mental integrity applied to all people equally, she stressed.

The World Bank has postponed a loan to Uganda's health system because of the African country's new anti-gay law. It comes after similar moves from Denmark, the Netherlands and Norway and criticism from the US. (28.02.2014)

EU court examines if 'gay' is grounds for asylum

How should national asylum authorities verify a person's claim that they are homosexual? The EU's top court assesses the case of three asylum seekers whose application was rejected by the Netherlands. (24.02.2014)