Award-winning author Kakwenza Rukirabashaija is currently being detained while facing two counts of "offensive communication" after making unflattering remarks about President Yoweri Museveni and his son on Twitter. 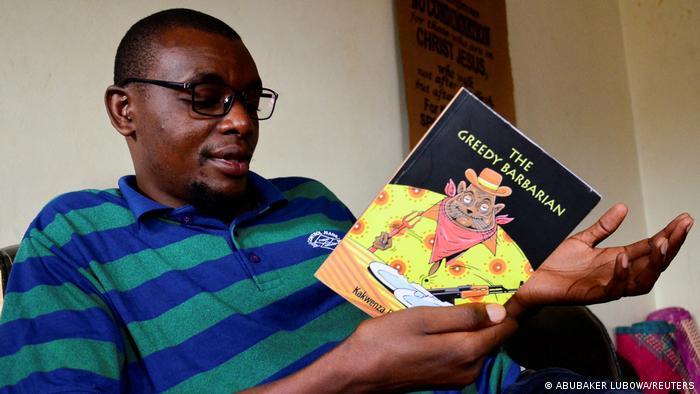 Ugandan author Kakwenza Rukirabashaija, who won a prestigious prize for "courageous writing" in 2021, was charged with two "offensive communication" counts on Tuesday.

The longtime critic of President Yoweri Museveni briefly appeared at the Buganda Road Court in Kampala following tweets that were critical of Museveni and his son, Muhoozi Kainerugaba.

Prosecutors said Rukirabashaija "willfully and repeatedly" used his Twitter handle to "disturb the peace" of Museveni with "no purpose of legitimate communication." 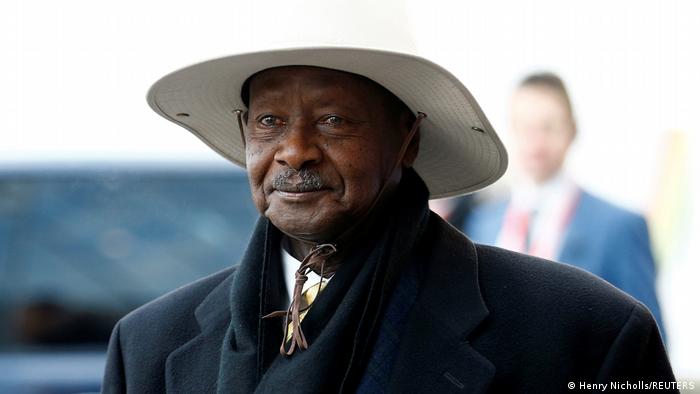 Yoweri Museveni has been president of Uganda since 1986

The tweets that got Rukirabashaija into trouble

Rukirabashaija, who won the PEN Pinter Prize in 2021 for an international writer of courage, described Museveni as an "election thief"  on Twitter and said Kainerugaba was "overweight" and "intellectually bankrupt."

In early January, a court ordered his release, but security officials ignored the judgment.

The EU special representative for human rights, Eamon Gilmore, urged the Ugandan authorities to uphold law and due process.

The US Embassy in Uganda has also called for Rukirabashaija's release, saying civil society, human rights defenders and journalists play "critical roles in a democratic society," and should be able to work "free from harassment."

Rukirabashaija's attorneys kept in the dark

The author has been in detention at a maximum security prison since December 28, and, if found guilty, he faces up to a year in jail for each charge.

Rukirabashaija's lawyer, Eron Kiiza, told The Associated Press that his client had been "secretly remanded'' after being charged without notice to defense attorneys. "It's unfair and irregular,'' Kiiza said.

Rukirabashaija's next appearance in court is scheduled for January 21.

Why do African politicians cling to power?

"He appeared vomiting, he was urinating blood, there were torture marks on his legs and feet. ... He was in deep pain," Kiiza said.