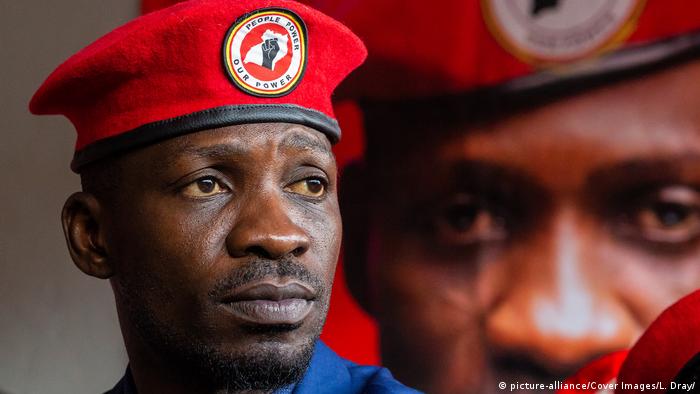 The political fever in Uganda is rising: The East African country is gearing up for a contentious general election between January 10 and February 8.

While nominations are due to start in September, according to the electoral roadmap, politicians have been shifting their allegiances. Various Members of Parliament from the ruling National Resistance Movement (NRM) and other opposition parties have switched to Bobi Wine's People Power Movement (PPM).

NRM MPs Patrick Nsamba Osabe of the Kassanda North district and John Baptist Nambeshe of Manjiya County are among them.

Bobi Wine — a 38-year-old singer-turned-politician whose real name is Robert Kyagulanyi — is an opposition sensation. In July last year, he proclaimed that he "will challenge President Museveni on behalf of the people."

"We did this because we knew we had to answer the cries of the people to unite. We established the National Unity Platform to unite all forces of change," Wine told DW in an exclusive interview.

Wine recently hosted a delegation of European Union ambassadors at his office amid reports that his political activities are funded by foreign governments. 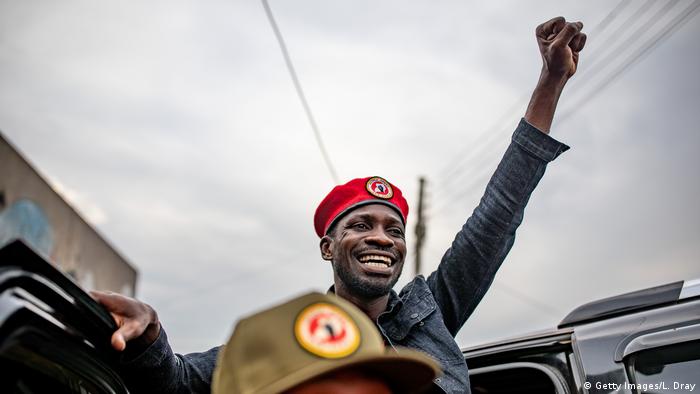 His spokesman Joel Senyonyi said discussions in the closed meeting included the issue of the space available in Uganda for the opposition to carry out its activities.

"Our interaction with them was on many fronts, the going-on here in our country, our political party, the plans we have going forward and the election," Senyonyi told DW.

"But it was a fruitful meeting. They shared their thoughts, and we shared ours about anything that is ongoing."

Amidst the coronavirus pandemic, the Electoral Commission had banned mass gatherings and directed candidates to use media platforms to reach out to their voters.

Museveni is popular in polls

A presidential candidate in Uganda must receive 50% plus one vote in the election to avoid a run-off vote.

Although the Museveni camp says the veteran leader is a strong enough contender to win the vote outright, Patrick Wakida of Kampala-based Research World International warns that opinion polls are not a final indicator of the election outcome.

"Opinions change," Wakida told DW. "I have seen a lot of panic especially from a lot of political players but I can only just console them that opinions change. Maybe they have changed in their favor, maybe they have not changed in their favor. The political elites in this country need to understand what sampling is, opinion polls are never a census."

However, Wine remains optimistic about his chances.

"I am not here because I am presidential material", he told DW. "I come here as a glue to put together all these resources. What we need right now is a leadership that will lead us through this dictatorship."

Wine believes it takes more than a leader's qualities to lead a country. "I know that I am fully qualified to lead Uganda but I know it is not my qualifications alone. It's the qualification of all the Ugandans who want change."

"I must say I am presidential material. I am well-educated, I am well-researched and well-traveled." 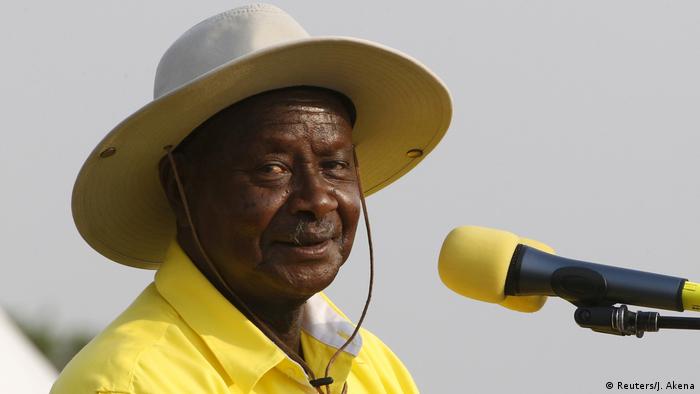 Museveni came to power in Uganda in 1986, around four years after Bobi Wine was born

Wine is not the only one preparing to take on the long-serving president. Others include Henry Tumukunde, a Museveni ally who previously served as national security minister.

The 61-year-old has launched his own platform. "I would like to formally announce to all Ugandans that I will be contesting for the presidency in the forthcoming general election as an independent candidate under the platform called Renewed Uganda," Tumukunde said.

A few old hands at running for office are not taking part in the 2021 election. Kizza Besigye who has challenged Museveni four times since 2001 says he will not contest any election organized under the ruling NRM.

The former Forum for Democratic Change (FDC) president and Wine have joined forces in a new alliance called the United Forces of Change.

According to Besigye, there are alternatives to focusing on the election — which he called "a fake process". "Our focus should not be manipulated into a political process that does not answer our needs, what they call a roadmap is a roadmap to the gallows, it's not a roadmap to freedom. The challenge of this country is not leadership, it is freedom." 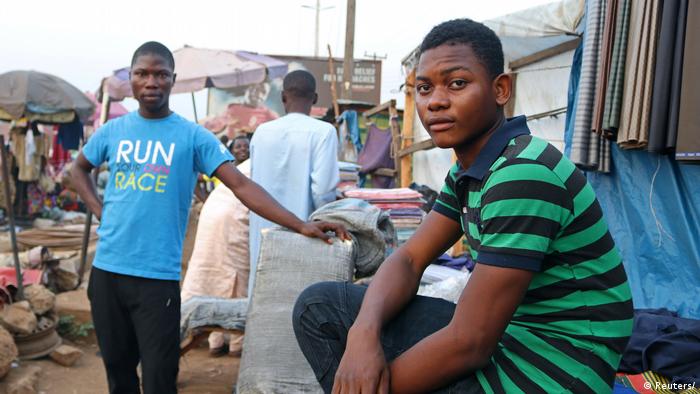 It will be women and youth who will participate and influence the outcome of the upcoming election, Perry Aritua of the Women's Democracy Network told DW.

"A number of them are not affiliated to any political party and there are also young candidates in the election, particularly candidate Robert Kyagulanyi, who has a number of young followers," Aritua explained.

"If these young people are registered and if they participate, then they will have an influence in the next election."

Bobi Wine joined politics in 2017 after winning a parliamentary by-election. His presidential bid has stirred significant support especially among the country's youth drawn by his use of music to spotlight rampant rights abuses, corruption and Museveni's long rule.

Bobi Wine had sought to start the first day of consultations with supporters ahead of the 2021 presidential election. The young politician threatens aging President Yoweri Museveni's nearly three decades of rule.