An annual UNESCO report found that just one third of countries achieved all of the United Nations' education targets set in 2000. An extra $22 billion for targeted campaigns is needed worldwide, the UN agency says. 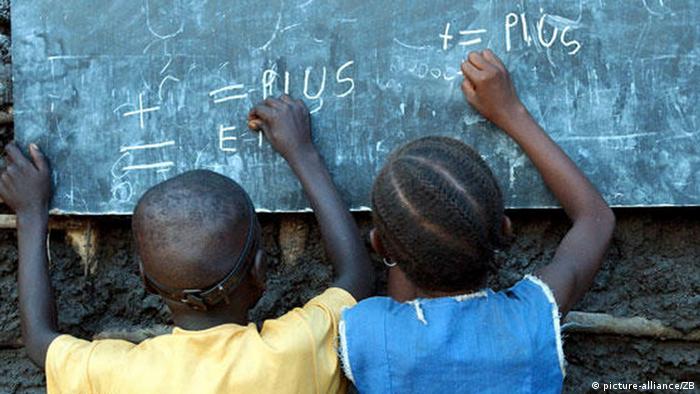 UNESCO's 15th progress report on its "Education for All" (EFA) targets set in 2000 says that only 52 percent of countries have achieved universal primary - or elementary - school enrolment and education, one of the UN's most important goals.

While there is still a lot to be done, UNESCO points out that there are now 50 million more children enrolled in school than in 1999. While education is still not free in many countries, cash transfer and school feeding programs have enabled poor children to go to school.

"The world has made tremendous progress towards Education for All," according to UNESCO Director General Irina Bokova. "Millions more children are in school than would have been had the trends of the 1990s persisted."

In the report, which was compiled by independent experts and published by UNESCO, governments are being urged to fund more specific programs that "prioritize the poorest - especially girls - improve the quality of learning and reduce the literacy gap," according to Bokova.

Only 25 percent of countries managed to reduce illiteracy among adults by half, over 30 percent remain "very far from it," according to the report. Women still make up almost two thirds of the global illiterate population - half of all women in sub-Saharan Africa, for example, cannot read or write.

#AForEffort: Girls have a right to learn, too

The report says gender parity at primary school level will be achieved in nearly 70 percent of countries in 2015. But child marriage and early pregnancy continue to disadvantage girls. The UN is demanding more gender sensitive teacher training to address these issues.

The report also found that 4 million more trained teachers are needed worldwide to get all children into school. There are too few teachers in one third of countries, in some sub-Saharan countries less than 50 percent are trained.

But the report also points out that the quality of education has been in sharper focus since 2000 and that there are now twice as many countries carrying out national learning assessments.

Although many countries have put significantly more money into education since the first report was published in 2000, funding remains a major stumbling block to universal education. "Governments must find ways to mobilize new resources for education," Aaron Benavot, director of the report said.

"International partners must ensure that aid is distributed to those most in need," he added.

Globally, an extra $22 billion (20.5 billion euros) is needed to ensure basic education, both before and at elementary level by 2030. The report calls on clear finance targets to be established within the UN's Sustainable Development Goals.

Governments should also make education free and at least one year of pre-primary education compulsory., the report recommends.