Edward Snowden has been nominated for Nobel Peace Prize by two Norwegian lawmakers. The ex-NSA contractor leaked information to the press last year about massive US surveillance on private citizens and foreign leaders. 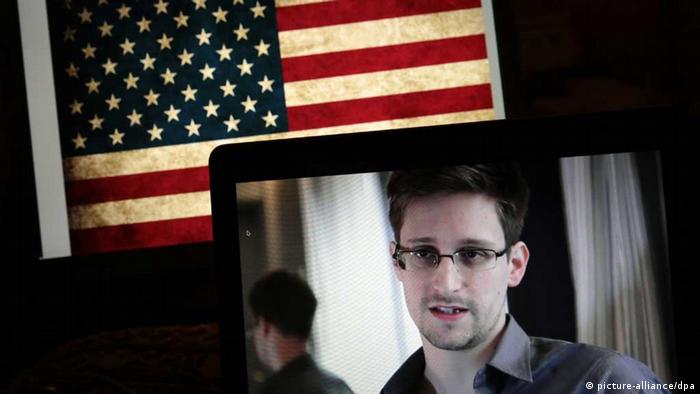 Revelations about extensive US spying on its own citizens, as well as on those from countries around the globe, was reason enough to nominate whistleblower Edward Snowden for one of the Nobel committee's most prestigious accolades, according to the Norwegian socialist parliamentarian Snorre Valen. Valen, along with fellow lawmaker Vegard Solhjell, submitted a nomination for Snowden on Wednesday.

"There is no doubt that the actions of Edward Snowden may have damaged the security interests of several nations in the short term," Solhjell and Valen said in a joint statement.

"We are, however, convinced that the public debate and changes in policy that have followed in the wake of Snowden's whistle blowing has contributed to a more stable and peaceful world order," they said.

There was no immediate comment available from Snowden, who is currently living at an undisclosed location in Russia.

In early summer, revelations of the National Security Agency's (NSA) spy program were published in the British daily the Guardian and the Washington Post based on information their journalists had been given by Edward Snowden. The articles turned out to be the first of many which disclosed to the public, among other things, that the US had been collecting phone metadata from its own citizens, as well as citizens from Europe.

It was also found that the NSA had been eavesdropping on foreign leaders, including German Chancellor Angela Merkel.

The revelations sparked public outcry and threatened to undermine the US relations with some of its closest allies.

Snowden's name will be considered along with several hundred other nominees by the Nobel Committee.

Last year, the Organisation for the Prohibition of Chemical Weapons (OPCW) won the award, beating out nearly 260 other candidates.

For many viewers, US whistleblower Edward Snowden's first televised interview was light on surprising new information. Why might he have chosen evasiveness at key junctures in the questioning? (28.01.2014)