Germany's statistics office has recorded the highest number of immigrants in post war history. Net immigration increased by 49 percent in 2015 and for the first time most of the arrivals were not from Europe. 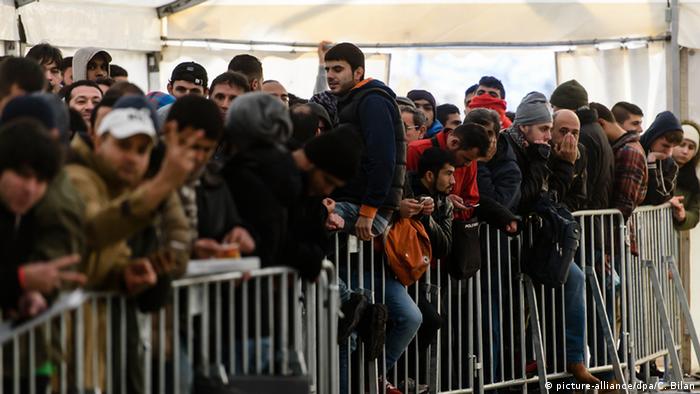 The Federal Statistics Office on Monday announced that it recorded the country's highest net immigration of foreign nationals to Germany in 2015, totaling over 1.1 million for the year.

The figure marks a 49-percent increase compared to 2014, which witnessed a net migration of 577,000 people.

The office registered in 2015 under two million immigrants arriving in Germany, while 860,000 departed again.

The figures are based on the numbers from January to August 2015 and estimates for the four remaining months of the year.

For the first time immigrants from non-European countries outnumbered those from Europe.

The announcement comes as Germany and other European countries struggle to cope with an influx of irregular migrants and refugees, many fleeing war-torn countries in the Middle East, Asia and Africa.

The EU and Turkey have sealed a deal to end the migrant flow. Turkey has agreed to take back all illegal migrants in Europe, and the EU has made membership concessions to Turkey. Andrea Rönsberg reports from Brussels.

German Chancellor Angela Merkel has dismissed efforts to cap the amount of refugees seeking protection in Germany, a move that placed her at odds with several allied lawmakers.

The EU on Friday finalized a controversial deal with Ankara that allows authorities to return all migrants entering the 28-nation bloc illegally via Turkey.

"The most important part of this deal is that it will end the business model of people smugglers and contribute to securing the EU's external border," Merkel said at a press conference following the agreement.

However, human rights watchdog Amnesty International slammed the agreement, saying it marked a "dark day for Europe and a dark day for humanity."

Ahead of World Alzheimer's Day, the German government's statistics office released figures showing that hospitalizations and deaths had more than doubled in the past two decades as the country ages.