Sky customers in Germany were treated to the next episode of "Twin Peaks" a week early after the broadcaster mistakenly uploaded the wrong episode to its streaming service. Germany has a history of "Twin Peaks" spoilers. 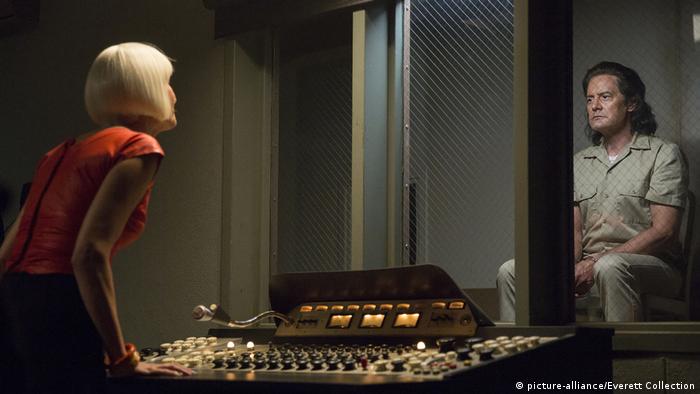 After the 13th and most recent episode of the current season of "Twin Peaks" premiered in the US on Sunday night, the German branch of international satellite broadcaster Sky was scheduled to upload it onto its streaming service the following morning.

On Monday, however, it mistakenly uploaded next week's 14th episode, giving fans an early glimpse of what's to come. The episode was incorrectly labeled as episode 13.

It was taken down later on Monday morning and replaced with the message "We are sorry, something went a bit wrong there unfortunately." The correct episode was later uploaded.

With "Twin Peaks" boasting a sizable and loyal fan base, the mistake naturally caused a storm on Twitter, in no small part because director David Lynch and US network Showtime enforce a strict secrecy policy for the unfolding plot of the series.

Some fans even thought that the leak might have been intentional, adding to the sense of mystery that the TV series likes to cultivate.

Fortunately for all parties involved, it appears a ripped version of the episode has not made it online for fans to download or stream illegally.

"Twin Peaks" was relaunched in May after 26 years off the air and 25 years after the related feature film "Twin Peaks: Fire Walk With Me" was released. The current series picks up the storyline where the series and the film left off.

"Twin Peaks" is largely attributed with revolutionizing television series formats and transforming the genre from its soap opera reputation to the cult status many shows enjoy today.

Germany, however, has a history of spoiling "Twin Peaks" and was also responsible for one of the biggest spoilers of the original series in 1990. German broadcaster Sat.1 revealed on its Teletext service who had killed high-school student Laura Palmer before a dubbed version of the episode was broadcast on its rival channel, RTL Plus.