Turkish musician in court for insulting Islam | Europe | News and current affairs from around the continent | DW | 17.10.2012

Turkish pianist and composer Fazil Say faces charges of insulting Islam in comments made on Twitter. Say's supporters as well as his critics say the case risks damaging Turkey's reputation on freedom of expression. 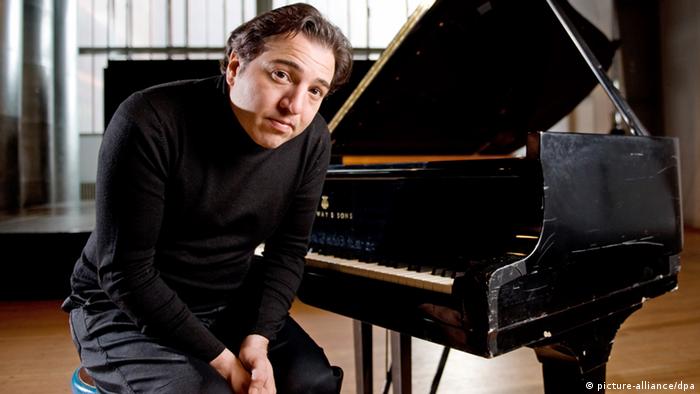 In April Fazil Say wrote several comments on Twitter allegedly ridiculing Islam. One message asked whether a particular call to prayer, which lasted 22 seconds, was cut short so the muezzin could get to his lover or a bottle of booze. Another questioned if heaven, where according to some interpretations of Islam wine flows and virgins await the faithful, was a brothel or a bar.

State prosecutors in Istanbul investigated accusations made by a citizen against Say and in June, they charged the 42-year-old pianist and composer with insulting religious values. A prosecutor claimed Say's tweets could lead to a "collapse of public order."

His trial starts on Thursday (18.10.2012) and he faces up to 18 months in prison, though, even if he is convicted, it is unlikely he will be sent to prison as most sentences shorter than two years are normally suspended. But he would have a criminal record. 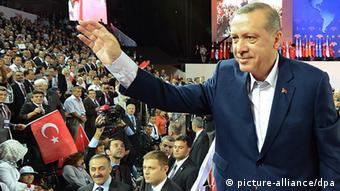 Erdogan has often been the object of Say's criticism

Many members of Turkish and international intellectual circles have come out to show their solidarity for the musician, who lived in Düsseldorf for eight years and studied in Berlin. Nearly 8,000 people have added their names to an online petition to support Say, who served as a cultural ambassador for the EU and has performed with the New York Philharmonic, Berlin Symphony Orchestra, Israel Philharmonic, National Orchestra of France and Tokyo Symphony.

Messages forwarded from others

Say has rejected the charges brought against him. He said the tweets were actually re-tweets of messages written by others and added that he is the only one facing criminal charges. Even observers who are generally critical of Say's actions have called the court case a scandal that could damage Turkey's international reputation. 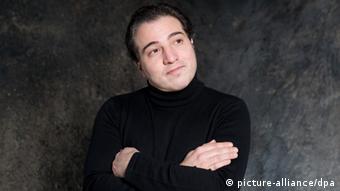 Say said a prison sentence would end his career

Judges and prosecutors in Turkey tend to a very strict interpretation of the law. They often rank freedom of expression behind the interests of state security or the threat to social harmony from verbal attack. Whether that will be will be the case for Fazil Say remains to be seen.

Pianist Fazil Say is an internationally acclaimed Turkish artist. He could face a sentence of 18 months in prison on charges of insulting Muslim religious values on Twitter. Critics call him a "traitor to the nation." (09.06.2012)

As the trial of 44 journalists accused of being members of a Kurdish guerrilla group gets under way in Turkey, it has revived the debate on press and political freedoms. (14.09.2012)