Turkish leader calls on Berlin to sack central bank official over racism | Germany | News and in-depth reporting from Berlin and beyond | DW | 28.08.2010

A leader of Germany's Turkish community has urged Chancellor Angela Merkel to fire the Bundesbank's controversial board member Thilo Sarrazin over comments that Muslims are undermining German society. 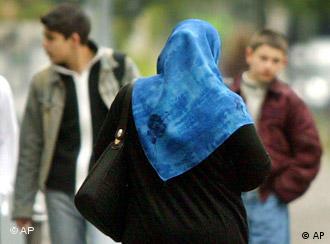 Sarrazin's comments about Muslims in Germany have caused an uproar

Chairman of Germany's Turkish Federation, Kenan Kolat, called for central bank board member Thilo Sarrazin to be removed from his post after fresh comments criticizing Muslims in Germany. 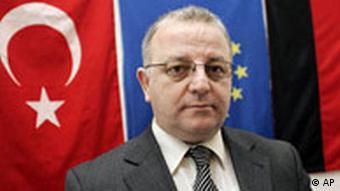 Kolat called on the government to act to remove Sarrazin

"I am calling upon the government to begin a procedure to remove Thilo Sarrazin from the board of the central bank," Kolat told the German daily newspaper Frankfurter Rundschau on Saturday, August 28.

In his book "Deutschland schafft sich ab" ("Germany does away with itself"), Sarrazin claims that members of Germany's Muslim community pose a danger to German society.

Sarrazin, a member of the Social Democrats (SPD) and Berlin's former finance chief, was reported in June as saying that members of the Turkish and Arab community were making Germany "more stupid." With his book, Kolat said, Sarrazin had overstepped a boundary.

"It is the climax of a new intellectual racism and it damages Germany's reputation abroad," Kolat said. 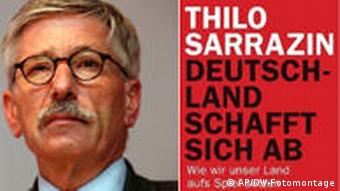 Sarrazin says that his book is addressing cultural division

In a serialization of the forthcoming book in the German popular daily newspaper Bild, Sarrazin said that Germany's Muslim community had profited from social welfare payments far more than they contributed, and that higher birth-rates among immigrants could lead to the Muslim population overtaking the "indigenous" one in terms of numbers.

Merkel's chief spokesman Steffen Seibert said on Wednesday that many people would find the remarks "offensive" and "defamatory," adding that the chancellor was concerned.

Members of the SPD have distanced themselves from Sarrazin's comments, while Germany's Green and Left parties have called for his removal from the central bank's board.

A Bundesbank spokesman said that Sarrazin's latest remarks were personal opinions, unconnected with his role on the board. 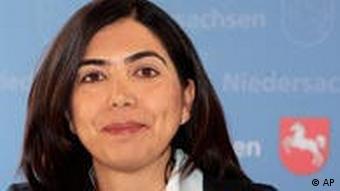 "There are a vast number of hard-working immigrants," she told the weekly German newspaper Bild am Sonntag ahead of its publication on Sunday. "They deserve respect, not malice."

"All of those who are involved in society, those who encourage their children, who learn German, who work and pay taxes and those who, as entrepreneurs, provide jobs – all of them deserve respect."

In June, 65-year-old Sarrazin was reported as saying that Germany was "becoming on average more stupid" because immigrants were poorly educated. 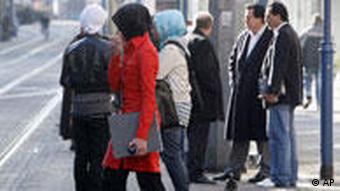 Sarrazin claims German society is being undermined by the Muslim community

Maria Boehmer, the government's commissioner for integration, accused Sarrazin of giving "a distorted image of integration in Germany" that did not bear up to academic scrutiny.

"In his comments, he states only half truths," she told Bild am Sonntag. "It is indisputable that, in education, there are currently a lot of immigrants with a lot of catching up to do. It does not take Sarrazin's comments to establish that."

In a lengthy interview with weekly newspaper Die Zeit, Sarrazin defended himself against the charge he was encouraging racism.

"I am not a racist," he told the newspaper. "The book addresses cultural divisions, not ethnic ones."

Last year, Sarrazin caused a storm by claiming that most of Berlin's Arab and Turkish immigrants had no useful function "apart from fruit and vegetable trading." As a result, the central bank stripped Sarrazin of some of his duties.

Chancellor Angela Merkel and other politicians have lashed out at controversial Bundesbank board member Thilo Sarrazin after he reportedly said Turkish, Arab and African immigrants were making Germany "more stupid." (12.06.2010)

Germany plans to have immigrants sign "integration contracts" that would oblige foreigners seeking to live in the country to avow certain values, such as freedom of speech and equal rights for women. (23.11.2009)

Germany's Bundesbank has stripped board member and former Berlin finance minister Thilo Sarrazin of his central duties after offensive remarks about Turkish and Arab immigrants in the capital city. (13.10.2009)