Turkish demonstrator: The park is just a symbol | World | Breaking news and perspectives from around the globe | DW | 02.06.2013

Turkish demonstrator: The park is just a symbol

Demonstrations at Istanbul's Gezi Park have expanded. The protests against a construction project and the police's response to demonstrators are connected by frustrations with Turkey's government. 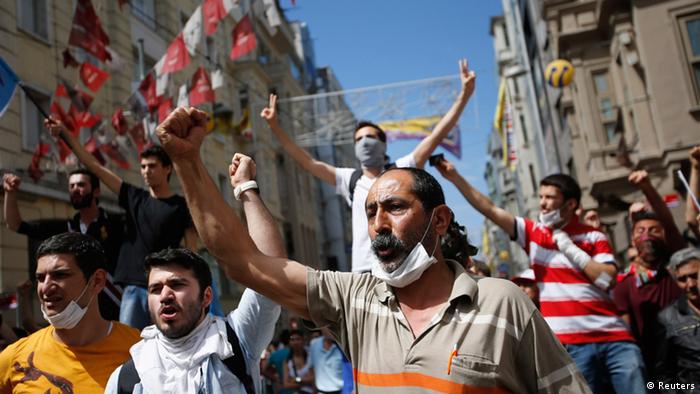 Destruction reigns in parts of central Istanbul, where busses and bus stops have been demolished and broken glass and torn out shrubs lie in the streets. Traces of tear gas still hang in the air around Taksim Square and Gezi Park. Since Friday (31.05.2013), this has been the central site of skirmishes between demonstrators and Turkish police. The officers' batons, helmets and a few shoes also litter the streets.

Police left Taksim Square on Sunday morning. Meanwhile, more than 48 hours after protests broke out in the city - Istanbul is filled with honking cars with outstretched flags, loud music and clouds of smoke.

On Saturday morning, Turkey's Prime Minister Recep Tayyip Erdogan issued a statement criticizing the police's treatment of protesters in which he called the use of tear gas a mistake. He also, however, called on protesters to stop demonstrating. President Abdullah Gül called the police response disproportionate.

The bitter struggle between civilian demonstrators and police officers went on all night from Friday to Saturday. Protesters struck back with stones against the police's tear gas and were chased from the streets of the artistic district of Cihangir.

"Because we were getting dizzier and dizzier from the tear gas, someone called us into an apartment. There we were safe," one 27-year-old demonstrator told DW, who added that all of the local residents he encountered were eager to help protesters.

"Water, bread and milk were handed out by volunteers - that helps us a lot," he said. Like nearly all demonstrators, the young protester is afraid of being identified and asked that neither his name nor photo be published. 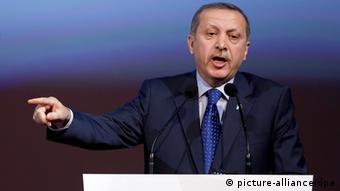 Turkey's leadership, including Prime Minister Erdogan, has admitted mistakes in handling the protests

'Winning back' the park

The demonstrators attempted repeatedly to make headway against the police, who had occupied Gezi Park since Friday morning with batons, tear gas and water cannons. But on Saturday afternoon, the police could no longer hold back the masses of activists.

"We were the first ones to make it through the crowd of police," said one demonstrator. "We immediately threw ourselves on the lawn in the park. We felt like heroes because we more or less won back the park."

Thousands of people continued to flood into the area surrounding Gezi Park into the late afternoon on Saturday. The demonstrators sat in the grass - exhausted by disputes with the police, but nevertheless more confident than on Friday.

"The park is just a symbol for us," the 33-year-old demonstrator. "If we can manage to secure the park, then we can also win on other political things. We will continue to fight if necessary because we don't think the police are going to stop."

An older participant expressed pride in Turkish society. "I never would have thought that this people would be prepared for something so incredible. I'm moved," said a 60-year-old.

Supporters of the Kurdish Peace and Democracy Party (BDP) also turned up at the park, loudly chanting, "Long live the brotherhood of various peoples!" Many other activists present shouted support to the BDP, while some demonstrators angrily damaged police cars.

The municipal police office has faced a near constant assault of thrown glass bottles. Anti-Erdogan graffiti is a common site, and the word "revolution" appears frequently. 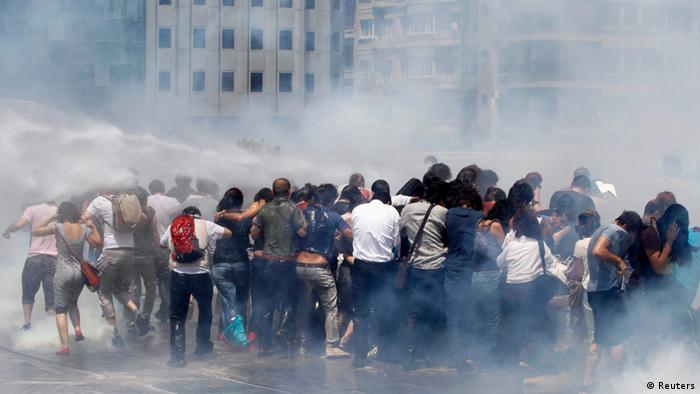 Clouds of smoke above Besiktas

On Saturday evening, the district of Besiktas saw hundreds of people clashing with the police. Since most demonstrators are now equipped with gas masks, they have been able to counter the police response more aggressively. Some have even thrown back the tear gas canisters fired by police, leaving Besiktas under clouds of smoke at times.

The police have also made moves against civilians merely standing on the sidelines and observing the protests. A number of older people incapable of taking part personally in demonstrations have gone to their balconies to offer a show of solidarity with the activists. Loud hammering on pots can be heard throughout the city, and many are turning their lights on and off as a show of support.

The demonstrations have not been limited to Istanbul. In Ankara, demonstrators expressed opposition to the police's actions. The officers responded with the use of tear gas and water guns. Similar conflicts took place in Turkish cities including Izmir, Adana, Antalya, Bursa, Eskisehir, Dyarbakir, Gaziantep, Ordu, Samsun and Trabzon.

Violent clashes between protesters and police in Turkey have reached a dangerous level. Prime Minister Recep Tayyip Erdogan should see them as the warning sign they are, says DW's Baha Güngör. (01.06.2013)

Solidarity with Istanbul protesters grows in Turkey and abroad

Amid violent clashes between rioters and the police, solidarity rallies are being staged all across Turkey. The protests are increasingly targeted directly at Prime Minister Erdogan’s government. (01.06.2013)

Turkish police have fired tear gas and water canons in clashes with activists and opposition groups. Protesters say they're fighting for human rights against an increasingly authoritarian government. (01.06.2013)