Opinion: Erdogan′s miscalculation | Europe| News and current affairs from around the continent | DW | 01.06.2013

Violent clashes between protesters and police in Turkey have reached a dangerous level. Prime Minister Recep Tayyip Erdogan should see them for what they are: a warning sign, says DW's Baha Güngör.

The shocking events in Turkey were sparked by a peaceful protest to protect a small park and its trees from falling victim to a controversial redevelopment project, which would have included the construction of a shopping mall.

Environmental activists formed a protest front which Turkish police tried to break up with a brutality that is unworthy of a constitutional democracy. They failed. On the contrary: the ranks against Prime Minister Recep Tayyip Erdogan only swelled further. Ankara, Izmir and other Anatolian cities followed Istanbul's example and also held rallies in protest against the government's heavy hand. Tense confrontations ensued. 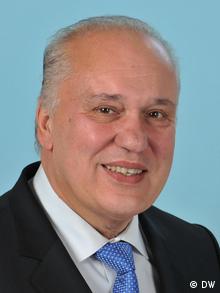 Erdogan's miscalculation is based on the assumption that his strength in parliament gives him the right to use this strength without any consideration for democratic opposition parties or for society, whose polarization he has exacerbated. He has no right to be surprised when his political opponents and the Turkish protesters compare him with toppled despots in Arab countries. The opposition is far from homogenous and has for now agreed on the lowest common denominator: They want to show him the limits of his power.

Erdogan and his followers did try to smooth the waters by saying police had used tear gas excessively, and that the use of pepper spray and high-pressure water canons had not been necessary. But, at the same time, they announced the potential use of similar weapons in the future, "if necessary". That shows how resistent Erdogan still is to a true willingness to engage in a proper social dialogue. But respecting the big variety of ethnic and religious layers that make up Turkish society means engaging in dialogue, rather than using authoritarian arm-twisting.

Why did Erdogan at the beginning of the Syrian civil war warn his former friend, Syrian dictator Bashar al-Assad, of reacting too brutally to the protests? He said otherwise it would make the opposition even more inclined to use violence. Why did he recommend laicism, the strict division of religion and state affairs to Egypt after the demonstrations there and after the resignation of Hosni Mubarak? He wanted Egypt to promote a friendly co-existence of religions and democracy. Those pieces of good advice were good enough for former or new friends in Arab countries. But at home, Erdogan simply won't make space for a civil consensus which, naturally, would need to involve the opposition.

Erdogan's hard stance threatens the country's positive economic development which has been envied by many European countries. And it threatens tourism - one of the most vital sources of income for Turkey. In addition, Erdogan is risking his own political future with the relentlessness he displays when confronted with opposition and criticism of his policies. A modern and secular Turkey can't be based on bans and on the rejection of anybody following different political or religious beliefs.

The latest events surrounding the protection of a relatively small park near Taksim Square from an unnecessary development project could perhaps be the last warning before further escalation.

Erdogan should take these symbols seriously, if he intends to stop comparisons between Taksim Square and Tahrir Square in Cairo.

An administrative court in Istanbul has given all sides some breathing space by issuing a preliminary injunction against the construction project. That decision was correct in terms of the rule of law, and it was of utmost importance.

What has to be hoped now is that, in particular Erdogan, but also the opposition, try to find an acceptable way out of this dangerous crisis and embark on that path with consistency. Turkey is simply too important as a regional standard-bearer for the many countries looking for a model worthy of imitation that's based on the co-existence of Islam and democracy.

Solidarity with Istanbul protesters grows in Turkey and abroad

Amid violent clashes between rioters and the police, solidarity rallies are being staged all across Turkey. The protests are increasingly targeted directly at Prime Minister Erdogan’s government. (01.06.2013)

Police in Istanbul have for a second day fired tear gas at protestors near Taksim Square. Environmentalist rejection of plans to revamp the square has turned into wider protest against Prime Minister Tayyip Erdogan. (01.06.2013)