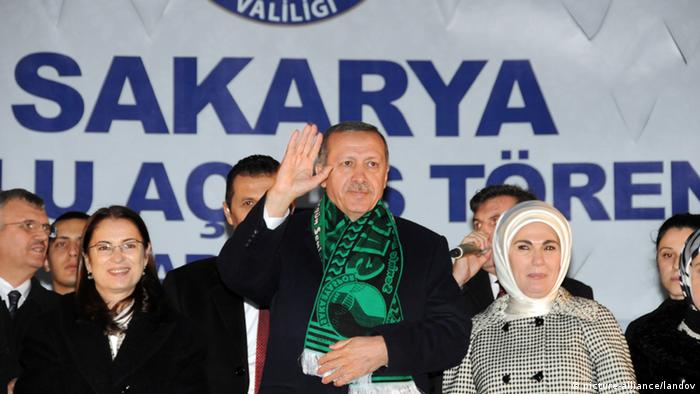 A day after the European Union’s enlargement commissioner, Stefan Fuele called on Turkey to address the allegations of wrongdoing against Erdogan’s government in a “transparent and impartial manner,” German politicians weighed in on the issue.

Foreign Minister Frank-Walter Steinmeier used an interview to be published in this Sunday’s edition of the mass-circulation newspaper Bild am Sonntag to stress the importance of Turkey as a "stable anchor" in the Middle East.

"We trust in the strength of the Turkish state to clear up the corruption allegations that are on the table, irrespective of the persons involved," Steinmeier said in comments the newspaper released to news agencies on Saturday.

Steinmeier added that how Turkey handles the corruption affair, which has led to the resignations of three cabinet ministers "will serve as a test for every politician claiming to uphold the rule of law."

Cem Özdemir, chairman of Germany’s Green Party, called on the Turkish authorities to ensure that the corruption allegations be addressed swiftly and completely addressed.

"Turkish Prime Minister Erdogan has evidently decided upon the [Russian President Vladimir]Putin model as a form of government, " Özdemir said.

German MEP Elmar Brok, who chairs the European Parliament's foreign affairs committee, specially criticized Erdogan’s government for a decree that was struck down by the country’s top administrative court on Friday, which would have required police officers to inform their superiors before launching any investigations.

"The government is exercising dramatic influence on the independence of the judiciary," Brok told German public broadcaster Deutschlandfunk on Saturday.

Erdogan's critics at home had accused him of introducing the measure in an effort to try to stifle the ongoing corruption investigation.

However, there was no immediate sign that criticism from a key member of the European Union, which Turkey seeks to join, will have much of an effect on Erdogan's handling of the affair.

Responding to Friday’s statement by EU Enlargement commissioner Fuele, Turkey's minister for EU affairs said on Saturday that the corruption scandal was a strictly internal matter.

"I invite our European friends... to act with caution while commenting on issues that concern Turkey's domestic affairs," Mevlut Cavusloglu said. At the same time he pledged that Turkey would overcome the "difficult process" through democracy and "basic principles of law."

The EU last month re-opened membership negotiations with Ankara, which actually started in 2005 but had been on ice for more than three years.

Ukraine: Zelenskyy rejects rumors he has fled country — as it happened 25.02.2022