Turkey votes for constitutional reform | Europe | News and current affairs from around the continent | DW | 12.09.2010

Turkish voters went to the polls on Sunday to decide on a divisive reform package. A clear majority of voters appear to have eventually voted in favor, handing the government a decisive victory. 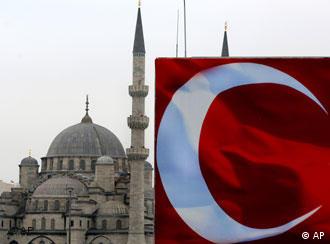 Erdogan, who campaigned across the country for the reforms, hailed the provisional poll results.

"We have passed a historic threshold on the way to advanced democracy and the supremacy of law," he said at a press conference in Istanbul.

German Foreign Minister Guido Westerwelle welcomed the result and said he was confident that Turkey would make further progress. "The constitutional reform is another important step for Turkey on the way to Europe," he said. "I am confident that the reform process in Turkey, in the sense of greater openness in society, will be continued." 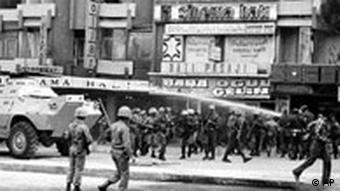 Turkey's current constitution was written under a coup government

The vote was described as "a step in the right direction" to fulfilling European Union entry criteria by enlargement commissioner Stefan Fuele, adding that Brussels would want to see words put into practice. "A raft of implementation laws will be necessary and we will observe developments closely."

Erdogan is eager to bring Turkey more in line with European norms and distance it from its current constitution, which was established in 1982 after a coup d'etat.

Supporters say the amendments will improve the state of Turkey's democracy and the fundamental rights of individuals, steps the EU has long called on Turkey to take.

"In normal times people say that they are against the coup and the constitution of the coup, so they now have chance to change it," Erdogan said, asking, "How can any one against the coup oppose these reforms?"

Yet the country's two main opposition parties - from both the right and left of the political spectrum - campaigned against the proposed judicial reforms in the package of 26 new or revised amendments.

Opposition leaders claimed that Turkey's ruling Justice and Development Party (AKP), marked by its Islamic roots, would use the reforms to seize control of the judiciary, thus undermining Turkey's secular state.

The proposed judicial reforms included a bid to increase the number of Constitutional Court judges from 11 to 17, giving parliament great power to select the new appointees. The reforms would also lead to changes in the Supreme Board of Judges and Prosecutors.

Kemal Kilicdaroglu, the leader of the center-left Republican People's Party, said the proposed measures would put critics of the government in danger.

"My call is to all the business people, all the artists and intellectuals," he said. "If 'yes' comes out of the referendum, one morning your home can be raided, you can be taken into custody, and spend months in prison." 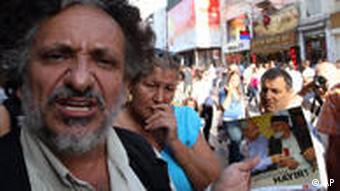 Opponents have said the government already enjoys a massive majority in parliament, adding that passing the reforms would mean lifting one of the last checks on government power. They have also criticized the move to have voters decide on the entire package of reforms rather than on individual amendments.

Erdogan declared at the outset of the referendum process his hope that the reform package could unite the country by severing ties with its legacy of military rule. But instead, the referendum appears to have further deepened the division within Turkish society.

"On secularism and conservatism, it is divided between half and half," said political columnist Nuray Mert. "On the definition of secularism and definition of democracy, people have strongly different opinions from each other and the gap between the two camps is widening each day."

Opinion: Cooling ties or not, Turkey and the EU need each other

Recently, much has been made of the notion that EU accession is losing importance for Turkey. But this doesn't mean Ankara is turning its back on Europe, says Bahaeddin Guengoer of Deutsche Welle's Turkish service. (05.07.2010)