Turkish police have staged a raid on the offices of a media group in Ankara critical of President Recep Tayyip Erdogan. The move came as the EU criticized Turkey for arresting British reporters on terror charges. 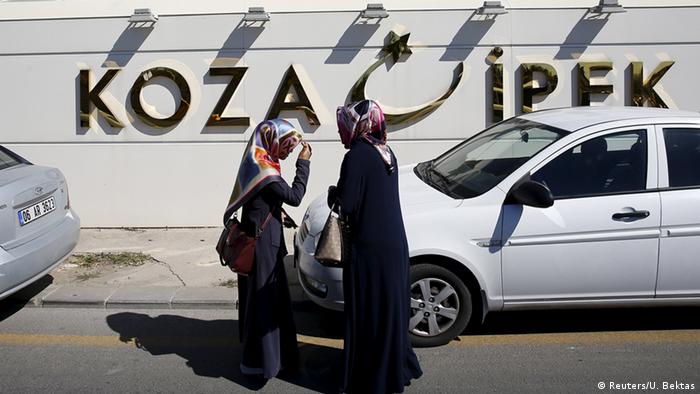 The raids on "Koza-Ipek Media" sparked fresh concern about deteriorating press freedom in Turkey, as the country prepares for a snap general election in November - its second in five months. The swoop came a day after a court in Turkey's predominantely Kurdish southeast had ordered two British journalists working for US-based Vice News to be remanded in custody on "terror charges."

On Tuesday, masked police broke into a number of offices belonging to Koza-Ipek Media, the Dogan news agency reported. The group owns several newspapers and two television channels and is close to Erdogan's political adversary Fethullah Gulen, a Turkish Islamic cleric based in the United States.

Police entered 23 Koza-Ipek offices as well as Ipek University in Ankara [part of Koza-Ipek Holding]. The state-run Anadolu news agency reported that the operation was "part of a terrorist investigation into Fethullah Gulen." 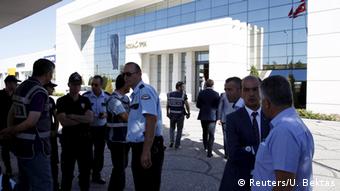 The raids followed hours after the Koza-Ipek publication Bugun printed photographs that allegedly showed the clandestine shipment of military materials from Turkey to the self-styled "Islamic State" (IS) in Syria.

It was not clear if the police operation was related to the claims.

The authenticity of the images could not be verified; Turkey has repeatedly denied accusations that it has aided the IS group.

The raid was the latest move targeting supporters of the powerful "Hizmet" movement headed by Fethullah Gulen, an ally-turned-foe whom Erdogan accuses of trying to create a "parallel state" with the aim of overthrowing his government. The movement brings together a wide range of interests, from schools and media to finance, and is believed to be have the support of millions of Turks.

There has been growing concern about deteriorating press freedom in Turkey, in particular over the numbers of journalists facing legal proceedings on accusations of insulting Erdogan. 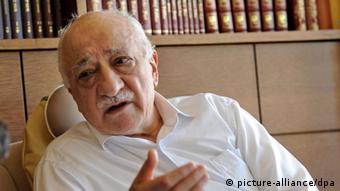 Two British reporters for "Vice News," Jake Hanrahan and Philip Pendlebury, and their translator, an Iraqi national, were charged in the southeastern city of Diyarbakir earlier with "engaging in terror activity" on behalf of the Islamic State extremist group.

Vice's head of news programming for Europe, Kevin Sutcliffe, said that the Turkish government had leveled "baseless and alarmingly false charges of 'working on behalf of a terrorist organization'" against the three Vice reporters, in an attempt to censor their coverage.

The lawyer representing the journalists and their assistant has denounced the court decision to arrest them, calling it a government attempt to deter foreign media from reporting on the conflict with Kurdish rebels.

Tahir Elci, head of the Diyarbakir Bar Association, said the arrests were a government move to prevent international media from reporting from the area, after Turkey gave police and military heightened powers to crack down on protesters.

A government spokesman denied the accusation and said authorities would soon make a statement on the arrests.

Turkey has come under international scrutiny for its handling of the media and of voices critical of the government. 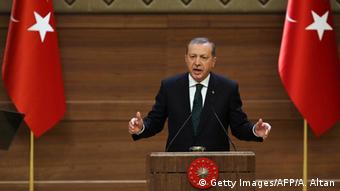 The European Union expressed concern over Tuesday's raid and last week's arrests, and called on Turkey - an EU accession candidate - to guarantee respect for human rights and the freedom of expression.

"The EU recalls the importance of presumption of innocence and the right for an independent and transparent investigation in case of any alleged wrongdoing, with full respect for the rights of the defendants," EU diplomatic service spokeswoman Maja Kocijancic said.