After a local court ordered the removal of images of the Suruc bombing from Twitter, officials said that they asked for links to be scrubbed from the site. Normal service resumed on Wednesday afternoon. 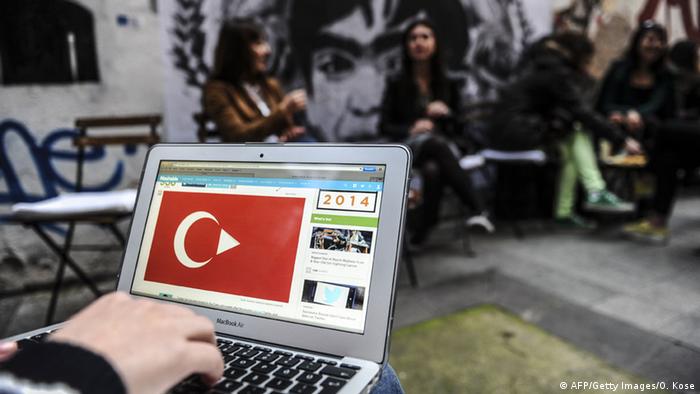 Turkey temporarily blocked access to Twitter on Wednesday, over images circulating of Monday's suicide bombing that Turkish officials accused the so-called "Islamic State" (IS) of carrying out. The government said they would lift the block once Twitter had removed all images related to the bombing.

Speaking to the Associated Press on condition of anonymity, a Turkish government official said access was restored after Twitter "removed malicious content, including hate speech, in line with the court order."

Officials speaking to Reuters said the state communication authority, the Information and Communication Technologies Authority (BTK), was not involved in the ban. Several Turkish Internet service providers had already blocked Twitter after a local court ruled that images of the suicide bombing could not be distributed. 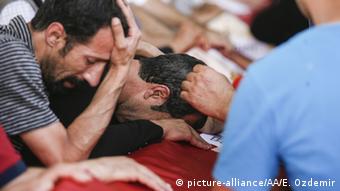 The state-run Anadolu news agency also said that the government blocked Twitter to try to prevent protesters from calling for anti-government demonstrations for not doing more to prevent the Monday's bombing.

Thirty-two people died and more than 100 were wounded on Monday, when a suicide bomber targeted a group of young people, mainly university students, in the southern town of Suruc near the Syrian border.

Turkish officials are blaming the attack on IS. The students were holding a press conference on their plans for Syria to rebuild the town of Kobani, after Kurdish forces routed IS militants in January.

Turkey says they have arrested more than 500 people in the last six months suspected of working for IS in Turkey.

Turkish authorities have identified one suspect in Monday's suicide blast in Suruc, a Turkish town near the border with Syria. The death toll has risen to 32, according to Prime Minister Ahmet Davutoglu. (21.07.2015)

The suicide bombing in Suruc has shaken Turkey out of its complacency. This comes after several years of Turkey's Islamist leadership passively watching Islamic State develop, DW's Seda Serdar writes. (21.07.2015)

At least 31 people have been killed in a bombing in the southern Turkish city of Suruc, near the border with Syria. Officials have said this may be the first "Islamic State" attack on Turkish soil. (20.07.2015)