The Aydinlik newspaper has reported the arrest of its editor-in-chief, Ilker Yucel. The apparent cause was an unpaid fine for an article about President Erdogan's son-in-law published in 2014. 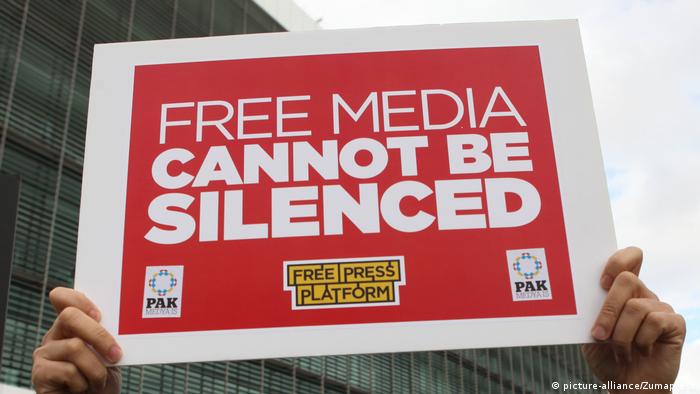 The Aydinlik newspaper, in its digital edition on Saturday, said its editor-in-chief, Ilker Yucel, was arrested in the extreme east of Turkey and taken to prison in Igdir near the border with Armenia, where he is to stay until a fine is paid, his lawyer said.

"I have been detained in Igdir for not publishing a correction from [Energy Minister and son in law of President Recep Tayyip Erdogan] Berat Albayrak that included an insult to Aydinlik," said Yucel in a Twitter message.

Bulent Tezcan, a member of parliament and spokesman for the main opposition People's Republican Party (CHP), called for Yucel's immediate release on Saturday.

"Turkey is experiencing one of the darkest, most oppressive periods in its press history," Aydinlik quoted Tezcan as saying.

Since a failed coup attempt in July, Erdogan has cracked down on many opposition figures, including politicians, academics, journalists, police and judges. Two German journalists are also currently being held in prison in Turkey. 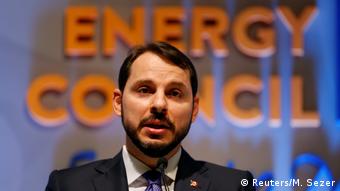 The case dates back to 2014 when Aydinlik published an article about Berat Albayrak, the son-in-law of President Recep Tayyip Erdogan who has been energy minister since November 2015. The report claimed Albayrak had links to crime. Accusations from the Wikileaks websites allege the 39-year-old Albyarak played a role in the sale of oil by the so-called "Islamic State" (IS) group. He has denied all such accusations.

A court in Turkey ordered the newspaper to either publish a disclaimer about its report or pay a $28,000 (24,800 euro) fine. The paper refused, with Yucel saying the disclaimer "insulted" the paper.

Yucel is also a prominent member of the small, left-wing Patriotic Party (Vatan) which renewed itself in 2015, bringing together socialists, revolutionaries and nationalists.

The European Federation of Journalists said 159 media workers have been jailed in Turkey - including reporters from France and Germany.

Turkey is positioned 155th on the Reporters Without Borders Press Freedom Index of 180 countries.

German media have reported that Mesale Tolu has been in detention under allegations of terrorism since April 30. Her work had appeared in pro-Kurdish media, including an outlet closed as part of government crackdowns. (11.05.2017)