Turkey and Israel: reviving strategic ties? | World| Breaking news and perspectives from around the globe | DW | 25.03.2013

An apology by Israel's prime minister may ease tensions between Turkey and Israel. But despite pledges from the two country's leaders to normalize relations, experts caution against high expectations. 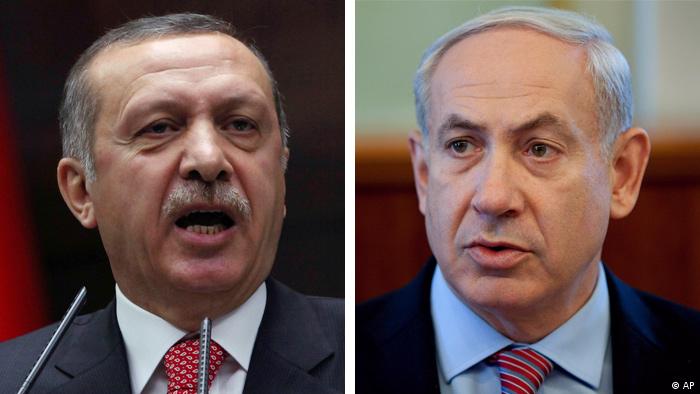 "I can think of a thousand reasons why Turkey and Israel should be friends," Israeli President Shimon Peres said Sunday (24.03.2013) in an interview on Turkish television. His remarks follow a formal apology issued by Irsaeli Prime Minister Benjamin Netanyahu to Turkey for the 2010 raid of a flotilla headed for the Gaza strip in which nine Turkish activists died.

It's a positive development in relations between the two countries, but it will take time the relationship to normalize and trust to develop again, said Ozgur Unluhisarcikli, director of the German Marshall Fund's Ankara office.

"One shouldn't have too high expectations for this reconciliation," Unluhisarcikli told DW, as he stressed that Turkish and Israeli governments still differ on a number of key foreign policy issues. "Political realities have pushed both countries towards normalizing relations, towards cooperation. But the two are unlikely to return to their strategic relationship in the foreseeable future. Unlike in the 1990s, they will not become close allies again," the political expert added.

Three factors - Turkey's economic boom, its growing self confidence and its diminishing dependency on the US - are lending the Turkish government independence in its regional foreign policy role. Turkish Prime Minister Recep Tayyip Erdogan has gained popularity in the Arab World with his outspoken criticism of Israeli policies in the region.

Turkey's rise in regional standing has been accompanied by a difficult era in Turkish-Israeli relations, particularly since Israel's military operation against the Gaza Strip in late 2008 and into 2009. 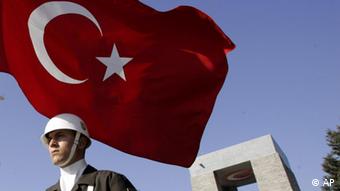 According to Alon Liel, a retired Israeli ambassador who specialized on Turkey, a central reason for problems in Turkey-Israeli ties are political changes ushered in within the last decade by Turkey's center-right Justice and Development Party (AKP).

"It is a different Turkey now. With the Islamist-oriented AKP government, the atmosphere has changed," Liel told Deutsche Welle, adding, "The AKP's message [to Israel] was: Make progress with the Palestinians. Move towards peace."

The former ambassador says he also has low expectations for the reconciliation process until meaningful progress is made between Israelis and Palestinians.

Tensions between Turkish and Israeli governments peaked in 2010, when Israeli commandos stormed a ship called Mavi Marmara, which sought to breach an Israeli blockade of Gaza. Eight Turkish nationals and a Turkish-American were killed on board. Turkish Prime Minister Erdogan referred to the Marmara dead as "martyrs" and accused Israel of murder and "state terrorism."

Soon after the Mavi Marmara incident, Turkey and Israel froze cooperation in many key fields, including defense and security. The two countries reduced their diplomatic relations to a minimum, and various attempts at reconciliation have failed in the past three years. 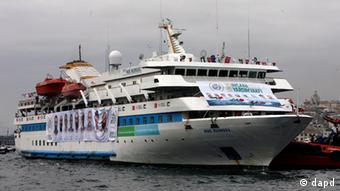 A 'victory' for Obama

According to former Israeli diplomat Alon Liel, pressure from US President Barack Obama on Israeli and Turkish leaders made the recent reconciliation possible. "It is Obama's victory," he told DW.

Obama is credited with helping broker the reconciliation during his visit to Israel on Friday last week. In doing so, Ozgur Unluhisarcikli believes the US president is advancing his own foreign policy agenda.

"In his second term, Obama's main focus and energy in foreign policy is shifting toward the Asia-Pacific region. To achieve his foreign policy objectives, he is trying to have strong and cooperative partners in the Middle East region," Unluhisarcikli said, explaining, "Tensions between Israel and Turkey not only brought additional problems for Obama, but they also started to undermine the US administration's plans of sharing power with its two close allies in the region." 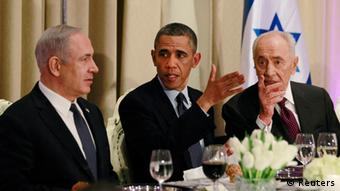 Concerns for the post-Assad era

Many analysts agree that - in addition to Obama's role - growing concerns relating to the civil war in Syria pushed both Turkey and Israel towards reconciliation. Israeli Prime Minister Benjamin Netanyahu wrote on his Facebook page on Saturday that Israel and Turkey, which both border Syria, need to communicate with each other over the Syrian crisis. Concerns that Syria's stockpile of chemical weapons could reach militant groups near Israel and Turkey was a motivating factor in restoring relations with Ankara, Netanyahu said.

Former Israeli diplomat Alon Liel says Turkey and Israel have common goals when it comes to the question of a post-Assad Syria.

"There is a very strong interest that it will not be Al Qaeda that will run things in some of the Syrian territories. And it will not be a Syria that will be controlled by Iran," Liel said. "And I think this is an interest both countries share."

Some analysts believe Israel's growing concerns over Iran's nuclear program helped lead the country towards reconciliation with growing regional player Turkey. The shift in Israeli-Turkish relations could lead to greater stability in the region, particularly since Turkey agreed to host NATO's radar and anti-missile systems.

"For Turkey, not only Iran's nuclear program, but also a possible Israeli military strike against Iran is a serious concern, with the two almost having the same weight," Turkish policy expert Unluhisarcikli said, adding, "The recent normalization process between Turkey and Israel will have a positive impact for the stability in the region. An Israeli airstrike against Iran now seems less likely to me."

Steinbach: 'Erdogan is a populist'

Middle East expert Udo Steinbach explains the calculations that could be behind Prime Minister Erdogan's comparison of Zionism and fascism - and whether they will affect German-Turkish relations. (06.03.2013)

Soured relations between Turkey and Israel are likely to receive another blow this week with the beginning of a controversial trial in a Turkish court against four Israeli generals for killing pro-Palestinian activists. (05.11.2012)