Mali’s government has signed an accord with separatists for the military to return to areas under Tuareg rule. Security forces will resume their posts before the July 28 presidential election, according to the agreement. 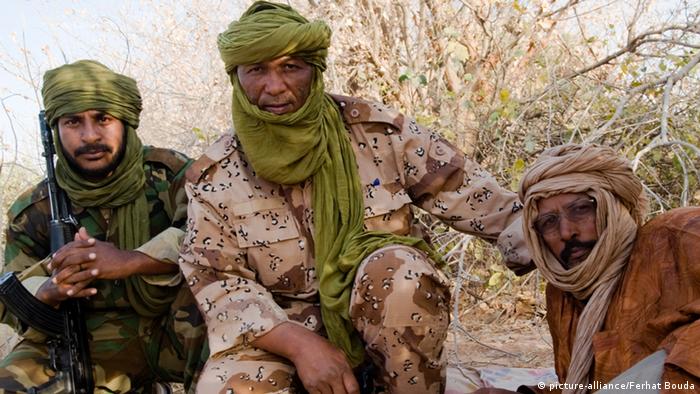 According to the Associated Press news agency, the agreement called for an immediate cease-fire as well as the creation of an eight-member commission with equal representation for Tuareg groups and the Malian security forces.

The commission would also include six members from international actors currently working to resolve the conflict, it was reported. The body would then have 10 days to work out how to transfer military control of occupied areas from rebels to Malian security forces.

Mali's rush to the ballot box

With a state of emergency about to be lifted, campaigning for Mali's elections on July 28 is poised to begin in earnest. Many potential voters are skeptical, but their country is poor and faces pressure from abroad. (05.06.2013)

"I think we can say that the biggest task is finished," said Tiebile Drame, who represented the Malian government in the negotiations. "We have agreed on the essentials. There is an international consensus as well as a Malian consensus on the fundamental questions, which include the integrity of our territory, national unity, and the secular and republican nature of our state."

Drame said the National Movement for the Liberation of the Azawad (NMLA), one of the two Tuareg groups represented in the talks, had agreed that Mali would exercise its sovereignty "over every centimeter of its territory." It remains unclear how quickly Mali's army can return to Kidal and whether a significant contingent will be in place before the upcoming election.

"The NMLA and the High Council for the Azawad have given everything for peace and so we accept this accord," said Moussa Ag Attaher, a spokesman for the NMLA.

On the coattails of a 2012 Tuareg revolt in Mali's north, extremists linked to al Qaeda set to work creating an Islamic state - imposing Shariah rule, flogging women if they disapproved of their dress, shuttering bars and discotheques, and banning music and soccer. In January of this year, as the militants moved south toward the capital, France scrambled fighter jets over Mali in order to beat the Islamic radicals back, flushing out the extremists from the three major towns in the north.

Leaders at the G8 talks in Northern Ireland Tuesday welcomed the news of the accord.

"This deal is of historic significance," EU foreign affairs chief Catherine Ashton said. "It constitutes a crucial stage in the process of building peace through dialogue." She added that he EU would "remain at the side of all Malians to facilitate the implementation of the deal in all its dimensions."