John Travolta, Kylie Minogue and Australian Prime Minister Anthony Albanese have mourned the death of the actor, singer and philanthropist at the age of 73. Hollywood, the music world and fellow Australians are all mourning the loss of Olivia Newton-John, the British-Born Australian singer and actor who died on Monday at the age of 73.

Her husband, John Easterling, announced on Facebook that she "passed away peacefully" in Southern California while surrounded by her family and friends.

The four-time Grammy award winner was famed for her role as Sandy in the 1978 musical film "Grease," alongside actor John Travolta.

Travolta, who had starred as Danny in the stage version of "Grease," said before the film production that Newton-John would be the "ultimate" Sandy, a high school sweetheart-turned-"bad girl."

She still insisted on taking a screen test before accepting the role. "I worried that at 29 I was too old to play a high school girl," she told The Telegraph in 2017.

"My dearest Olivia, you made all of our lives so much better," Travolta wrote on social media on Monday. "We will see you down the road and we will all be together again. Yours from the first moment I saw you and forever! Your Danny, your John!"

Newton-John and Travolta went on to make another movie, "Two of a Kind," in 1983. They also recorded a Christmas album in 2012.

Fellow Australian singer Kylie Minogue tweeted a photo of herself with Newton-John at the Royal Bicentennial Concert in 1988. "Since I was 10 years old, I have loved and looked up to Olivia Newton-John. And, I always will," she wrote. "She was, and always will be, an inspiration to me in so many, many ways. My deepest condolences to her family and loved ones. x ONJ4EVER"

Australian Prime Minister Anthony Albanese tweeted that she was "a star" and "a bright, joyful glow in our lives."

Newton-John was among the world's most popular entertainers in the late 1970s and early 1980s. In total, her career spanned more than five decades, and she became devoted to charities after being diagnosed with breast cancer in 1992.

In the United States, she had 14 singles that made the top-10 charts. 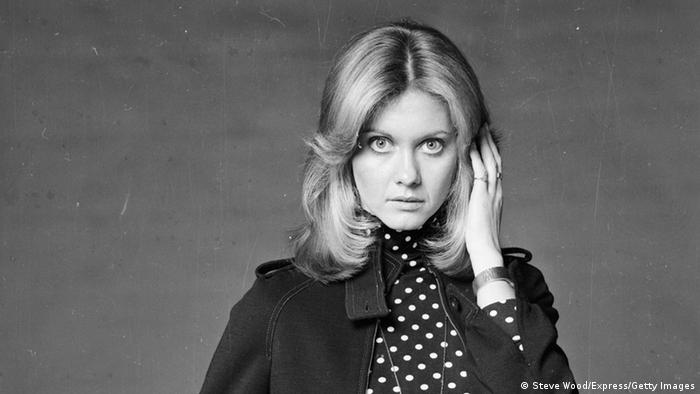 The Travolta-Newton-John duet, "You're the One That I Want," was one of the biggest songs in the 1970s. It sold more than 15 million copies.

Her bouncy, steamy song titled "Physical" was named Billboard's song of the year in 1981.

"Olivia has been a symbol of triumphs and hope for over 30 years sharing her journey with breast cancer," said the post announcing her death.

Over the years, she dedicated several albums and shows to raise funds for research and early detection of breast cancer.

"I don't like to say 'battled'," she told Australia's Channel Seven TV in 2018, after revealing she had been diagnosed with cancer for a third time.

"I like to say 'win over', because 'battled' sets up this anger and inflammation that you don't want."

Looking back at her career, Newton-John told Reader's Digest last year: "I have done everything, and the icing on the cake as well.

"So I feel grateful for anything that happens now."