The legendary galleon is thought to be carrying 200 tons of gold, silver and precious stones. Now, there are new pictures of the deep-sea treasure. 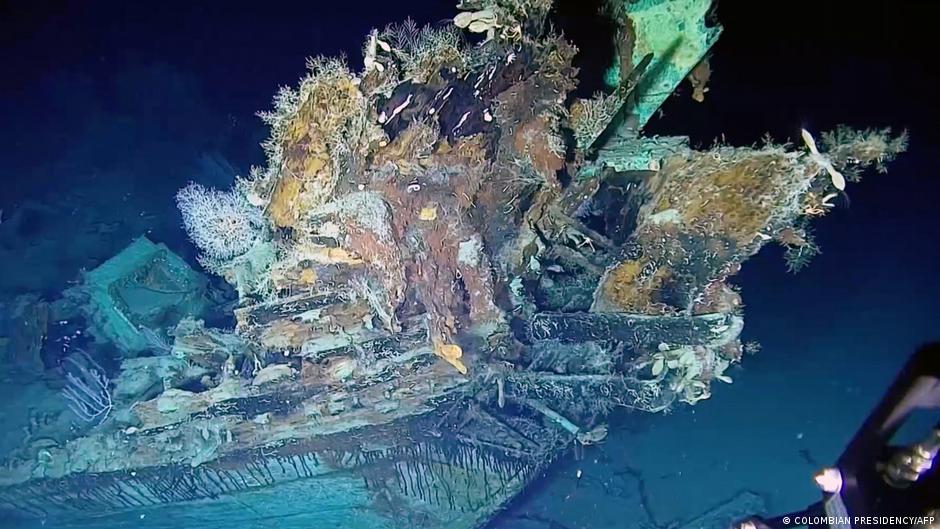 Columbia says the wreck is a '"national art treasure'

The contents of the historic San Jose galleon, which sank more than 300 years ago, still make the hearts of treasure hunters all over the world beat faster.

According to experts, at least 200 tons of gold, silver and gems are said to have been in the ship, which sank off the coast of the Colombian port city of Cartagena in 1708. Its value: several billions of US dollars.

When the shipwreck was discovered in 2015, then Colombian President Juan Manuel Santos presented it as "the most valuable treasure ever found in the history of mankind." 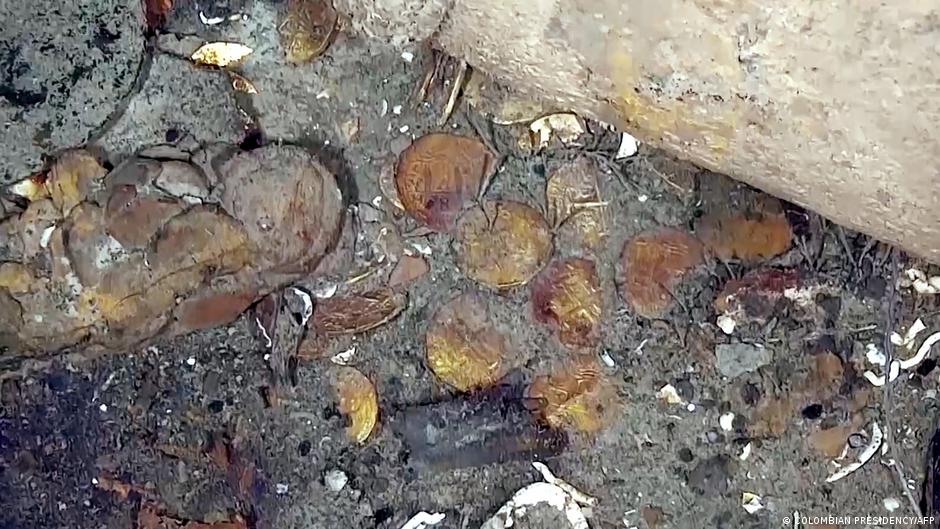 After the recent elaborate diving expedition at a depth of 950 meters (3,117 feet), the Colombian army has now published new pictures of the legendary ship and its treasures.

They show cast-iron cannons, porcelain dishes, pottery, glass bottles, but also apparently golden coins. They also display a part of the ship's bow covered with seaweed and shells, as well as remains of the hull framework.

These are the most accurate images of the ship ever taken, according to acting Colombian President Ivan Duque. 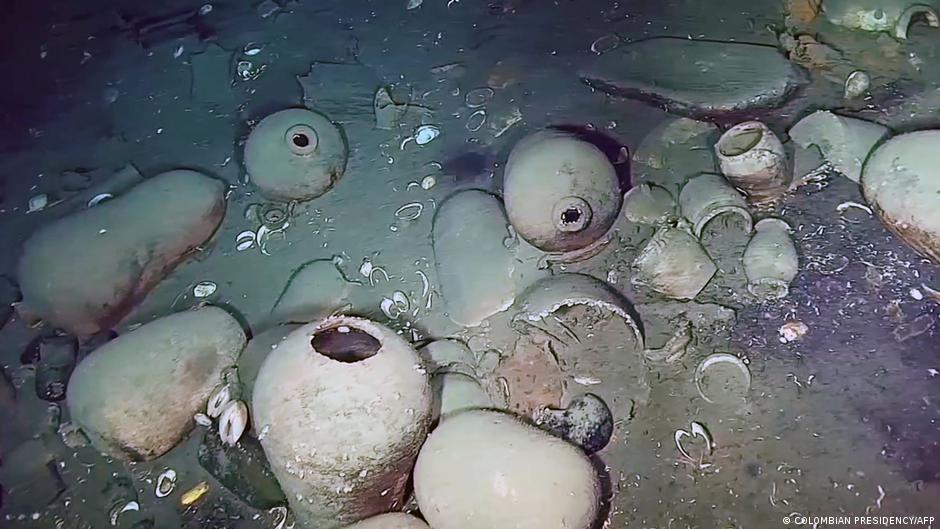 What exactly might have been in these clay pots?

Other wrecks to be investigated

The teams have dived down in four missions with high-tech equipment, including a remote-controlled diving robot. In the process, they were able to determine that the wreck had remained unscathed by human intervention. 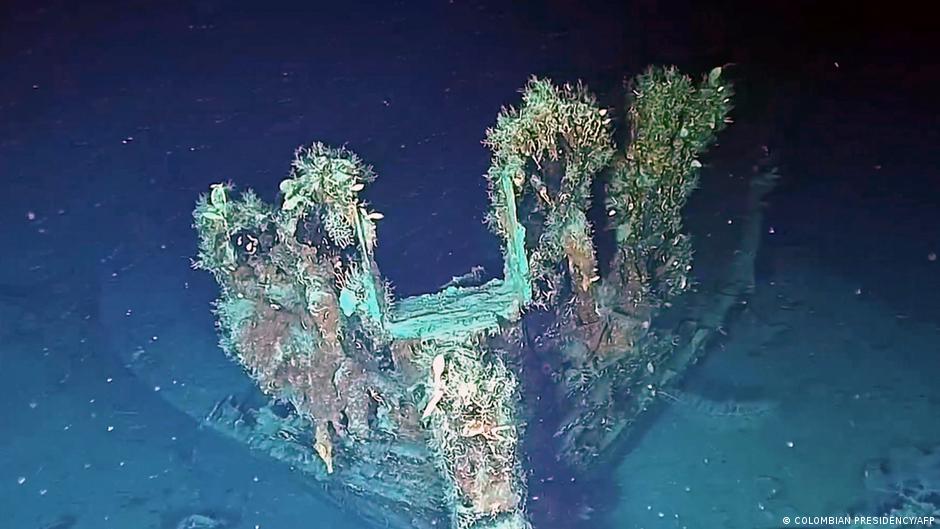 One day, the shipwreck is to be lifted out of the sea — an expensive undertaking

In addition to the spectacular images of the famous shipwreck, however, the descent into the depths has revealed something else. A few hundred meters away, the camera has come across two other wrecks: a galleon from the colonial period and a schooner from the post-colonial period.

Thirteen other sites, where other shipwrecks from the same eras are suspected, are still to be investigated. 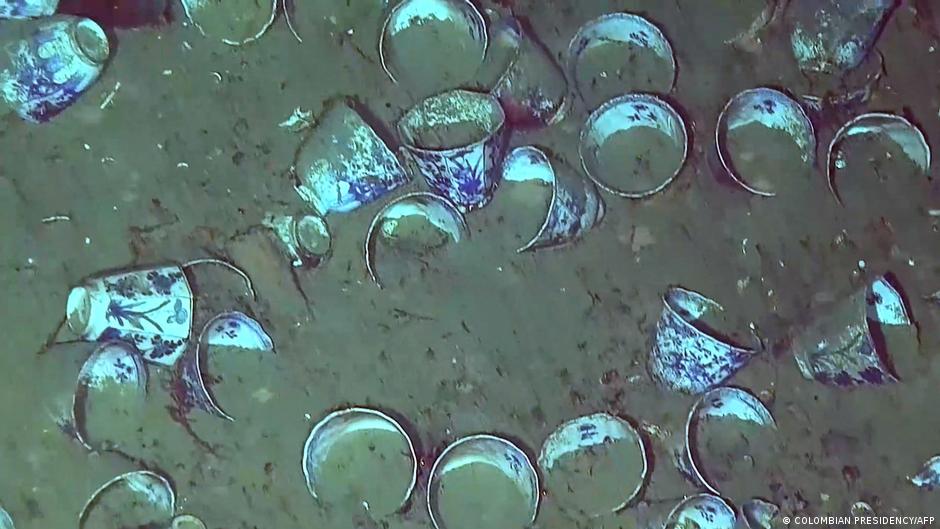 Crockery was also found on the site

The San Jose: A national treasure

The treasures aboard the galleon San Jose were on their way from the Spanish colonies in Latin America to the court of the Spanish King Philip V in 1708, but they never arrived there: On the night of June 7, the ship and its treasures were sunk by the British fleet in the Caribbean Sea.

Only a few of the 600 or so crew members survived.

Colombia plans to salvage the wreck one day — at a cost equivalent to around €61 million ($65 million) — and then exhibit it in a museum in Cartagena. The country already calls the wreck and its riches a "national art treasure."

Cartagena: Colonial past and the Caribbean