Toyota to boost production in US | Business| Economy and finance news from a German perspective | DW | 25.01.2017

Toyota to boost production in US

The world's largest carmaker by sales, Toyota, has confirmed it's going to boost its investments in US production facilities. It's earmarking hundreds of millions of dollars for the modernization of a plant in Indiana. 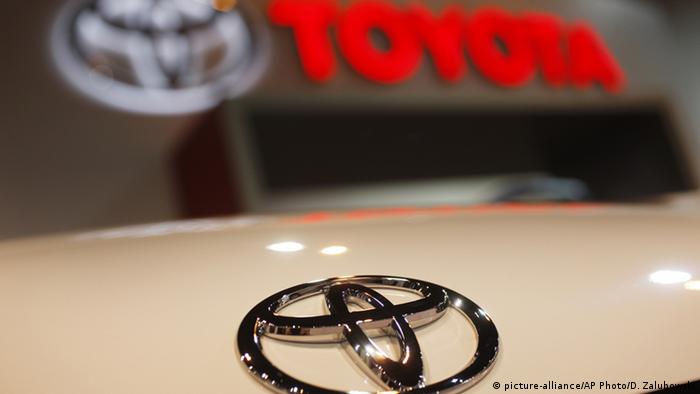 Toyota confirmed Wednesday it would invest $600 million (560 million euros) and create 400 new jobs at one of its US plants, just weeks after US President Donald Trump criticized the Japanese carmaker for planning to open a factory in Mexico.

He had pressured automakers into boosting production and hiring in the US, threatening them with punitive tariffs, if they moved factories and jobs out of the country.

Toyota said its expansion project in the US was "part of the firm's localization strategy to build vehicles where they are sold."

The investment is aimed at boosting SUV production at a factory in Indiana, the home state of Vice President Mike Pence.

The allocated resources will be used for retooling, new equipment and advanced technologies with a view to producing an additional 40,000 Highlander SUVs annually. Toyota said production would start in late 2019.

The plant in question manufactured more than 400,000 vehicles last year, with Toyota creating 5,300 jobs in the state of Indiana.

The Japanese carmaker added it aimed to pump $10 billion into US-based facilities over the next five years, showing "Toyota's commitment to continued US investment."

Donald Trump has threatened to impose hefty fees on Toyota, should the Japanese carmaker go ahead with its plan to build Corolla vehicles for the US market at a plant in Mexico. It's not his first attack on automakers. (05.01.2017)