Thousands of people held a rally in the small Russian town of Volokolamsk to demand the closure of a local landfill that has been leaking noxious fumes into the air. Hundreds of children had required medical assistance. 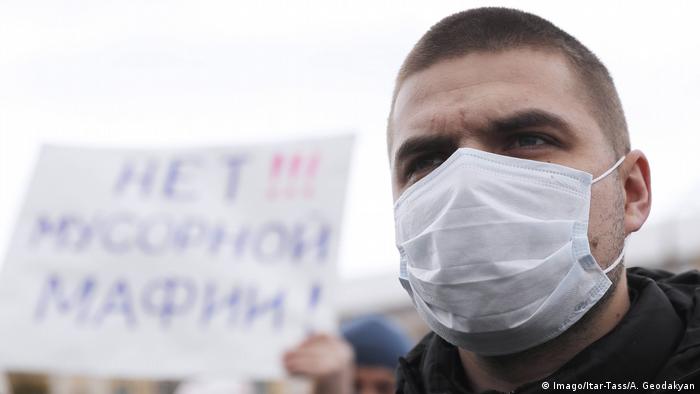 'No to garbage mafia' says the placard in the background

Around 6,000 people attended the Sunday rally over the Yadrovo landfill site in Volokolamsk, a 20,000-strong Russian town some 120 kilometers (75 miles) south of Moscow.

The protesters urged the government to close the garbage collection compound after hundreds of citizens, mostly children, complained of health issues caused by foul-smelling toxic fumes from the site.

The protesters were also angered by reports that one of the protest organizers, Artyom Lyobimov, had been briefly detained by the police.

The demonstration ended "peacefully," organizers told the Interfax news agency. They added they regretted the decision of local officials not to attend the event.

Opposition activist Olya Guseva tweeted a photo from the scene.

Long-running tensions over the Yadrovo landfill, which is located some three kilometers outside Volokolamsk, escalated after a cloud of fumes was detected at the site on March 21. Since then, the level of hydrogen sulfide in the air has repeatedly climbed over the legally allowed maximum. Authorities also detected elevated levels of nitric oxide.

Following the leak, Volokolamsk Mayor Pyotr Lazarev admitted the garbage dump was the source of the fumes and added the situation was "getting worse by the day."

Some 60 children were hospitalized within hours of last week's leak. By March 26, the number of people complaining of nausea, fainting and other possible symptoms of poisoning reached 315, with most of the victims being children.

The citizens also complained about the stench hanging over the town's streets.

The story quickly gained traction in Russia's national media, prompting the authorities to fire the head of Volokolamsk district, Yevgeny Gavrilov, on Friday. 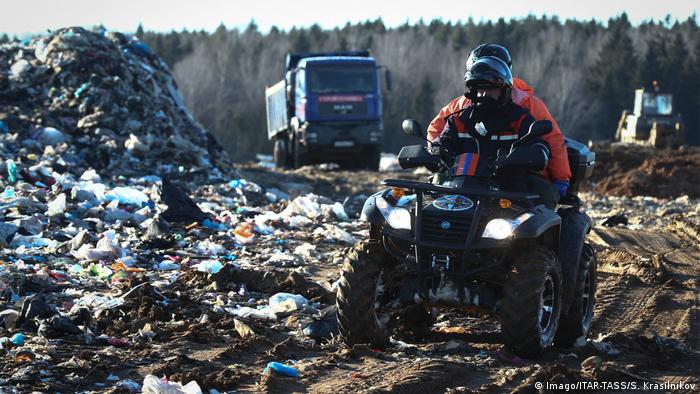 The Kremlin has placed the town on "high alert," with local authorities distributing masks and respirators to residents. While Russia's emergencies' ministry said there was no need to evacuate citizens out of Volokolamsk, local authorities have hinted at an idea to move children to vacation resorts outside the town until the crisis is resolved.

Officials also pledged to place an additional measuring device in the town on Monday and install a decontamination system in June. However, the authorities also said it would take many months to establish an alternative landfill site.

Vladimir Putin's spokesman Dmitry Peskov said the Kremlin was in "constant touch" with local authorities over the crisis.

"Everyone understands that this is a complicated problem, that it cannot be solved overnight," Peskov told reporters on Friday.

The reports of the poisoning come at an especially difficult time in Russia, as the country is still grieving over the deadly fire in the Siberian town of Kemerovo.

The Kemerovo blaze killed at least 61 people last Sunday, including 41 children. Many Russians blamed the high death toll on the negligence of state officials.