The German town of St. Goar has owned Rheinfels Castle on the Rhine River for 95 years, but a disgruntled prince claims it is his. A Koblenz regional court has dismissed the Prince of Prussia's claim — for now. 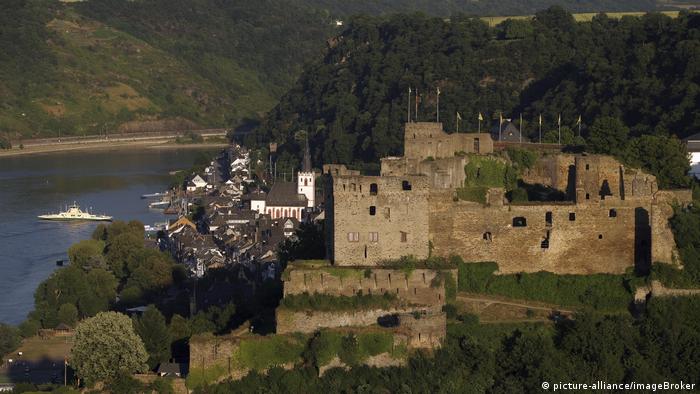 Who is the rightful owner of Rheinfels Castle, the former estate of the German Hohenzollern noble family in the picturesque Loreley Valley?

The castle is located in a UNESCO World Heritage area and draws tourists from all over the world, making it a valuable piece of property. But the question of who the true owner is has been brought before the courts.

For Prince Georg Friedrich Prince of Prussia, the answer is clear: the rightful owner is not the Rhineland-Palatinate town of St. Goar — the current owner — but rather himself.

The great-great-grandson of Wilhelm II —the last German Emperor and King of Prussia — attempted to reclaim the castle with a lawsuit against the town, the state of Rhineland-Palatinate, and the Rheinfels Castle Hotel that sits inside the 13th century building.

But his claim to the castle was struck down at the Koblenz Regional Court on Tuesday, June 25, in a judgement from Judge Christian Stumm, who dismissed the complaint. However, the decision is not yet final. 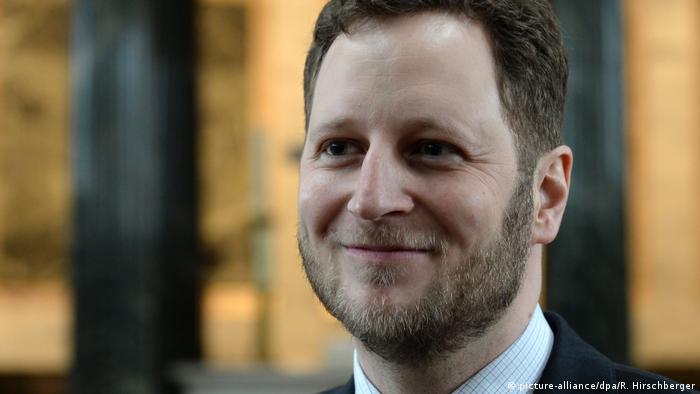 Hope for an amicable solution

The mayor of St. Goar, Horst Vogt, told DW that he expects the prince will appeal the decision and, if necessary, will take it to the Federal Constitutional Court in Karlsruhe.

If this were not possible, Georg Friedrich would not have taken such great measures, Vogt said, referencing the prince's 300-page written complaint and the costs of the proceedings.

A lawyer representing Hohenzollern explained to DW that the reasons for Judge Stumm's ruling would be carefully examined and a recommendation would be made to their client.

While the prince could benefit from taking the case to another court where it might be handled differently, it is still hoped than an amicable solution can be found.

Gert Ripp, the operator of the Rheinfels Castle Hotel, told DW that he still believes an agreement with the prince can be reached and it should not be assumed that the case will reach the Karlsruhe court.

Why is the prince claiming Rheinfels?

The Hohenzollern family, of which Georg Friedrich is a member, had owned the castle since the 19th century. The town of St. Goar became the owner in 1942 on the condition that the huge medieval walls not be sold.

Hotel operator Ripp believes the prince is only interested in claiming his rights, but St. Goar mayor Vogt is convinced that "money" is the motivation behind what he called a "raid."

"Otherwise he would have come…earlier with his claim," said Vogt, rather than waiting until after the state, the city and the leaseholder had invested millions of euros into the castle.

In the court decision, the judge stated that the castle ruins had been given to the Prussian crown's administration after the fall of the empire as "bound special assets," rather than private property of the Hohenzollern family.

Only the administration, not the Hohenzollern family, was granted the right to withdraw from the agreement when the castle was transferred to St. Goar in 1998, if there was concern over monument protection or the castle was sold.

This means the castle could never have fallen into the hands of the Hohenzollern family. At best, it could have become the property of the Prussian state.

While Ripp and Vogt await the final result of the case, they have both put further investments into the castle on hold. Georg Friedrich and his lawyers have one month to appeal the decision.

A selfie in front of the ruins of Heidelberg Castle and winter sports in the Black Forest are just two good reasons to visit Baden-Württemberg. (12.06.2019)

Discover Germany's most popular holiday route with a panoramic view! DW reporter Elisabeth Yorck von Wartenburg takes you on a journey from Würzburg to Füssen. (25.06.2019)

Many things that originated in Baden-Württemberg have made it world famous: from cuckoo clocks to Black Forest gateau, from Mercedes to Porsche. Get to know the federal state of hardworking gourmets.

If there's one thing Germany does well, it's castles. On this week's Meet the Germans, host Rachel Stewart heads to Burg Eltz to catch up with the count of the castle — and a spooky ancestor.

One of the largest property groups in Europe is directly tied to Queen Elizabeth II. Strictly speaking, the 95-year-old monarch doesn't own it. But neither does the government, making it complex legally.