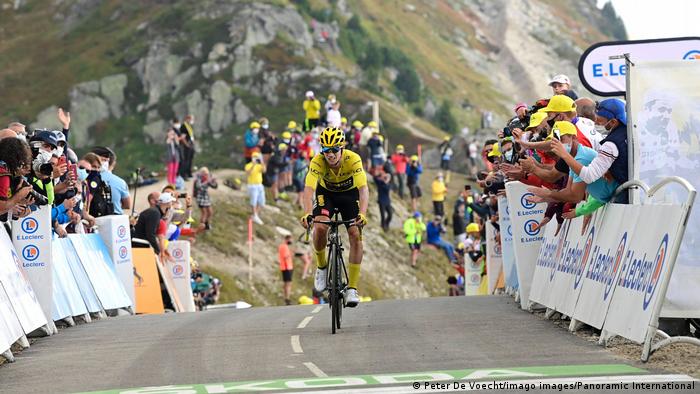 Miguel Angel Lopez won stage 17 of the Tour de France on Wednesday to climb third in the overall standings as race leader Primoz Roglic extended his advantage, taking another step towards overall victory.

The race ascended to 2,304 meters at the Col de la Loze where Slovenian rookie Tadej Pogacar lost a handful of seconds to his compatriot Roglic in the race for the yellow jersey on a day the 2019 champion Egan Bernal withdrew.

"I'm glad this is behind me," said Roglic after another testing day at altitude. "Every metre counts on a climb like that," added the 30-year-old, who just needs to survive without a major incident to win this year's Tour.

Richard Carapaz produced a doomed solo bid for Ineos as the Giro d'Italia champion was caught on the gradient in the final stages above 2,000m.

Tadej Pogacar beat fellow Slovenian and overall leader Primoz Roglic to win the 15th stage of the Tour de France. Defending champion Egan Bernal all but abandoned his crown after a brutal failure on Sunday.