Top Brazilian politicians to be investigated in Petrobras graft scandal

Brazil's top court has given the green light for an inquiry into whether dozens of top lawmakers received kickbacks from state-controlled oil company Petrobras. The politicians were previously immune from scrunity. 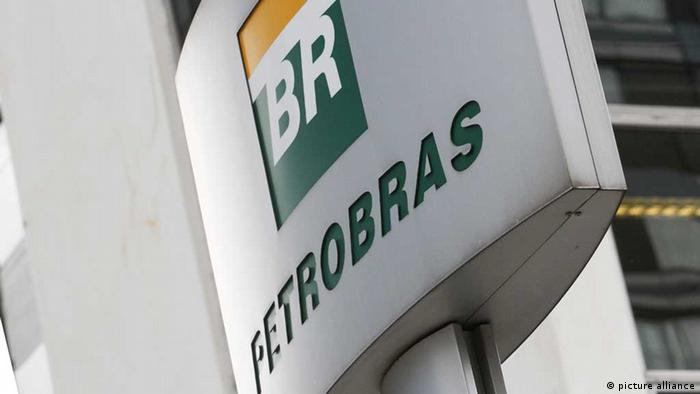 Brazil's Supreme Court will investigate the speakers of both houses of Congress and more than two dozen other politicians in connection with a multibillion-dollar kickback scheme from state-controlled oil giant Petrobras.

A court official said on Friday that 54 people were under investigation, including senators and congressmen, all but one from the ruling coalition of President Dilma Rousseff, who was narrowly re-elected last year and is struggling to rehabilitate a flagging economy.

The Petrobras kickback scheme is believed to have stretched back for decades. The firm allegedly paid kickbacks amounting to $3.8 billion (3.4 billion euros) for overpriced contracts. The politicians involved in the probe include the president of the Senate, Renan Calheiros, and the speaker of the Chamber of Deputies, Eduardo Cunha, both of the Brazilian Democratic Movement Party (PMDB), the main coalition ally of Rousseff's Workers' Party (PT).

Two former members of Rousseff's cabinet are also implicated, Senator Gleisi Hoffmann, who was chief of staff during the first Rousseff administration, and former energy minister Edison Lobao. The incident has undermined support for Rousseff, who was chairman of the board at Petrobras from 2003 to 2010, when the kickback scheme was allegedly still operating.

The lawmakers held immunity in the graft investigation until now, as elected politicians can only be tried by the highest court. The move follows a call from Brazil's Attorney General, Rodrigo Janot, on Tuesday for the Supreme Court to allow the politicians' activities to be scrutinized.

Opinion: Petrobras is not Brazil's government

In the wake of the Petrobras scandal, critics are calling for the impeachment of Brazilian President Dilma Rousseff. A thorough reform of the oil company would be better, writes DW's Rodrigo Rimon Abdelmalack. (15.02.2015)

An explosion at an oil rig operated by Petrobras has killed several people and injured many more. Trade union officials said the explosion was caused by a gas leak in the engine room. (11.02.2015)

Jair Bolsonaro says there will be "changes" at the Brazilian oil giant over four recent price hikes. Truck drivers are angry at the rises that they see as unfair. The company says they are in line with market rates.

The imprisonment and political exclusion of former President Lula da Silva was a violation of his rights, the UN has said. Lula is currently leading in polls for October's presidential election.