Turnout was low Saturday in presidential elections expected to see current President Faure Gnassingbe extend his hold on power in the west African nation. The Gnassingbe family has ruled Togo since 1967. 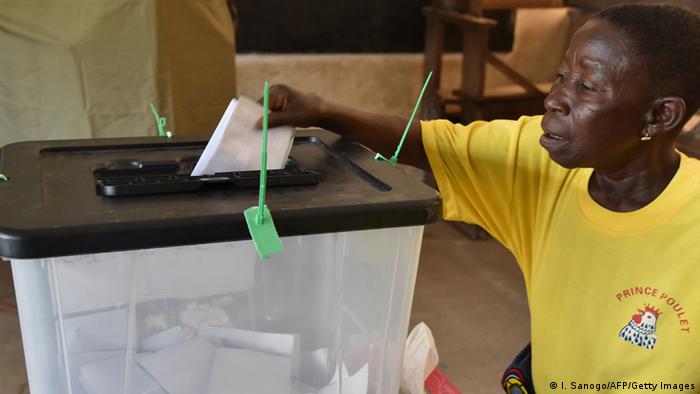 Voters in Togo went to the polls Saturday in an election expected to return current President Faure Gnassingbe to office and extend his family's hold on power in the west African nation to more than fifty years.

Gnassingbe took office in 2005 after tense elections that led to violence resulting in the deaths of hundreds. This year's election has been largely peaceful.

Turnout was close to 40 percent, according to local election observers, a figure well below what election analysts say would be required for Fabre to achieve an upset. Partial results could begin coming in Saturday night.

There is no constitutional limit to the number of terms a president can serve in Togo. Gnassingbe took over power from his father, Gnassingbe Eyadema, who had ruled since 1967.

After nearly a half century with the Gnassingbe family in charge, rivals say Togo needs a change in leadership.

"I have lived nearly my whole life with this regime. The regime has to go," said Ama Yambila, a mother of seven who cast her vote in the city of Lome.

"There is no work!" said 55-year-old Martin Assouvi, a Fabre supporter. "We are suffering."

Most observers however agree that divisions within the opposition, and Gnassingbe's benefits of incumbency will make it difficult for Fabre to claim victory.

Gnassingbe has pledged to ease poverty in the country by investing in infrastructure to generate economic growth in the former French colony of nearly seven million. Unemployment in the nation stands at 29 percent.

"We don't have 100 percent confidence in the process but we just want reconciliation. Whoever wins must create jobs," said 23-year-old voter Tony Kpodo.

Anti-German Sentiment Whipped up in Togo

Deutsche Welle's Cordula Denninghof spoke with the director of the Goethe Haus in Lome, Togo, after the German cultural center was burned down amid violent political unrest. (03.05.2005)