A huge rally for constitutional reform has taken place in Togo, a country presided over by one family for the past half-century. Opponents of the government want President Faure Gnassingbe to "leave by the front door." 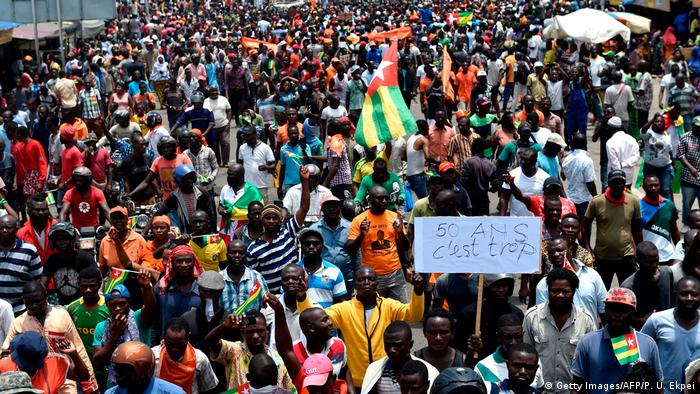 Tens of thousands of protesters wearing the colors of Togo's opposition parties - red, orange and pink - marched through the Togolese capital, Lome, on Wednesday.

Some carried aloft placards bearing slogans including "Free Togo" and denouncing the Gnassingbe regime after 50 years in power.

Opposition party leader Jean-Pierre Fabre said the demo had been "unprecedented" and estimated that "more than one million people" were on the streets of the capital, Lome.

Read now: The Gambia: a beacon for African democracy?

Similar demonstrations were reported in the cities of Sokode, Dapaong and Kara. 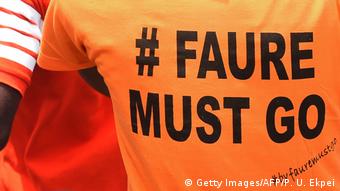 Protesters, who have rallied using the hashtag #FaureMustGo, are skeptical about planned reforms

Central to the show of defiance is a limit on the length of time the country's president can remain in office. Faure Gnassingbe has ruled the West African nation since the death of his father in 2005.

Changes in the pipeline?

Gnassingbe chaired a Cabinet meeting on Tuesday evening, which saw ministers approve plans for a bill about restrictions on terms in office and changes to the voting system. However, the decision did little to placate a reinvigorated opposition.

Civil Service Minister Gilbert Bawara told the AFP news agency that the government had noted there was a "strong expectation" of change from the public. He said a committee was looking into the proposals and invited opposition figures to enter into "dialogue and debate."

Read more: German elections: What’s in them for Africa?

However, Bawara said calls to retroactively limit the presidential mandate to a maximum of two five-year terms - thereby affecting Gnassingbe - would not be implemented.

'People are fed up'

Tikpi Atchadam, the head of the Panafrican National Party, said he no longer believed in dialogue with the government. 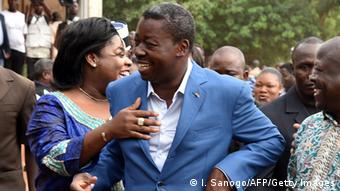 Togolese President Faure Gnassingbe is now in his third term; far too long, says the opposition

"I think the people have made up their mind because they're fed up," he added, calling on Gnassingbe to "leave by the front door."

The late President Gnassingbe Eyadema passed a law in 1992 that limited the president to two terms in power, but scrapped it a decade later.

Gnassingbe Eyadema came to power in 1967, after a military coup that led to a one-party state. There were elections in 1993, 1998 and 2003, but all were either boycotted by the opposition or criticized as being unfair.

Hundreds of people died during violent protests after Eyadema's death and his son's succession. Although the younger Gnassingbe was re-elected in 2010 and 2015, the opposition rejected the results.

Political dynasties are not new, with families grooming and later handing over power to their offspring. However, analysts say this practice is detrimental to African countries.

President Paul Biya's son is making a name for himself on Cameroon's political scene. Some observers think he is being groomed to take over the job of his 88-year-old father.