To remain relevant in Washington, Europe must act, not whine, say experts

Barack Obama's decision to skip the EU-US summit originally scheduled to take place in Madrid this week sparked a debate about the US's interest in Europe. However, experts advise Europe not to fret, but to act. 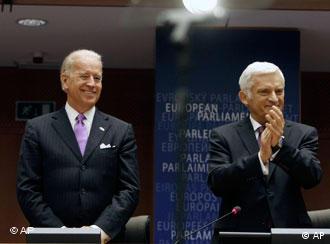 When President Obama decided to break with a transatlantic ritual and not attend the bilateral European-American summit slated for Madrid this week, Europeans took it personally. A snub, slight by the US, or a rude awakening for Europe were among the most commonly used phrases to describe what had happened.

A lot has happened since Obama announced that he would not travel to Madrid a couple of months ago. As far as the summit goes, with one of the main protagonists not showing up for the planned event, European leaders simply scrapped the summit for the time being.

More importantly, however, Greece's financial woes worsened dramatically and catapulted European crisis management efforts to the top of the international agenda. And by most accounts, the EU's handling of the Greek collapse left room for improvement.

Indeed, according to various reports, it was only after President Obama personally urged European leaders to act, that a compromise for the Greek bailout was finally reached. The perception that Obama had to intervene to spur European action is further evidence to many in Europe and beyond of the EU's failure as a global player and exacerbates the view that Washington has grown weary of its transatlantic partner.

No time for photo ops

"I think that the decision not to attend the summit was a perfectly understandable decision," says Jolyon Howorth, professor of international relations at Yale University who is currently working on a project on EU foreign policy at Berlin's Free University.

He adds that Obama's envoys discussed the meeting with their Spanish counterparts. "And it was clear to them that there was no real substance to the agenda, that it was going to be as it was at the summit in Prague last year, a series of photo opportunities. And that's the last thing Obama has time to do at the moment." 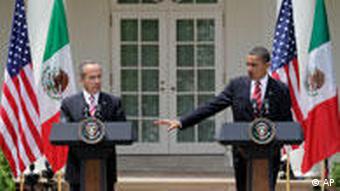 "I think the Europeans need to grow up," says Federiga Bindi, who holds the Jean Monnet Chair in European Integration at the University of Rome Tor Vergata. She believes Europeans are much more interested in symbols than in results. And that can lead to misunderstandings and problems with an American administration focused on reaching solutions above everything else.
"Obama cares about Europe in the sense that he cares about working with Europe," notes Bindi. "So there's really no lack of interest from Obama, there's a lack of proper responses from Europe."

Andrew Moravcsik, director of the European Union program at Princeton University, vehemently disputes the often-heard claim that transatlantic relations have been deteriorating for some time and that this trend is increasing under Obama. He argues that the public perception of European-American relations is shaped primarily by media events like summits instead of the underlying facts.

"A summit meeting is the way you deal with countries like China or the old Soviet Union," he says. "Modern governments deal with each other the way Germans deal with their partners in the EU in a much more bureaucratic way. They solve problems together. And if you judge the transatlantic relationship by the way that Europeans and Americans solve problems together and the way their officials talk to each other instantly when there's a global problem then the transatlantic relationship is quite healthy."

Moravcsik also disagrees with the view that Obama essentially forced Europe to finally act and agree to the Greek bailout, by talking to German Chancellor Angela Merkel and French President Nicholas Sarkozy. 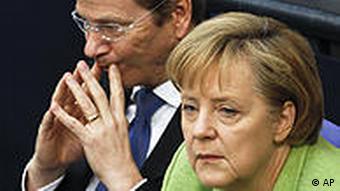 "I'd be very surprised if Germany or any other major European country would bail out a country like Greece simply because the Americans asked them to. The fact that the Americans and others in the world are aware that we're all interdependent and that it is important to take care of financial crises lest we fall into a global crisis - a Weltwirtschaftskrise - the way we did in the 1930's, that's important."

However, even if Europeans and Americans continue to question each others' attachment to the transatlantic alliance, that must not be negative.

"This is not necessarily a bad thing as it can allow for a more 'cool headed' assessment of where shared interests lie," says Felix Berenskoetter, an expert on transatlantic relations at the University of London. "And a focus on the ability and willingness to solve problems makes for a good working relationship."

The best practical advice for soul-searching Europeans on how to deal with the US comes from Italian analyst Federiga Bindi: "The Europeans should stop acting like the young bride who really wants her husband to call every second moment to check in. Obama is treating this as an adult relationship and Europeans are supposed to act that way as well."

Spanish Premier Jose Luis Rodriguez Zapatero arrives in Washington amid speculation that a key US-EU summit planned for May could be postponed thanks to President Obama's decision to skip it. (03.02.2010)

In what the White House has billed a major address, US Vice President Biden will speak at the European Parliament on Thursday. Members of parliament hope that he will reaffirm US-EU ties - and patch up a few things. (05.05.2010)