The restoration of Timbuktu's 15th-century Sidi Yahya mosque, destroyed by jihadists in 2012, sends a signal that Mali won't allow its equilibrium to change permanently, a Mali researcher told DW. 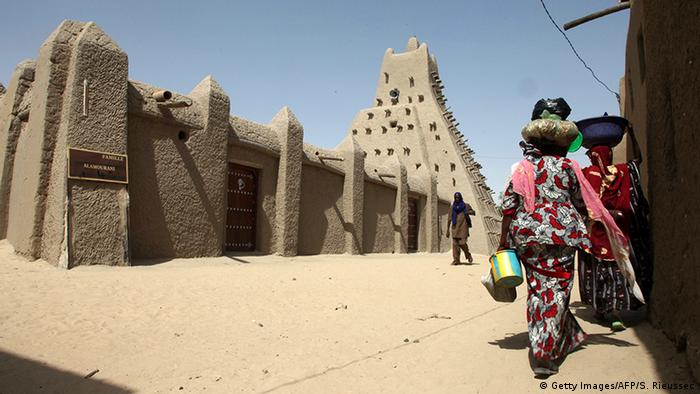 Authorities in Mali on Monday reopened the Sidi Yahya Mosque in the ancient city-state of Timbuktu. It was destroyed in 2012 by the al-Qaeda linked Ansar Dine jihadists. The jihadists also destroyed the "secret door" of the 15th century mosque in the fabled caravan city.

The news agency AFP reported that around 100 Malian political and religious leaders, diplomats and representatives from the world heritage body UNESCO gathered for the ceremony.

"This is a very important day," said the mosque's imam, Alphadi Wandara. "Since (the days) of our forefathers, for centuries the door has been like that: closed."

UNESCO, which had designated the mosque a world heritage site in 1988, spent five months restoring the door.

The International Criminal Court indicted a former teacher, Ahmad al-Faqi al-Mahdi, for war crimes for taking part in wrecking the holy shrines. Al-Mahdi pleaded guilty and is currently awaiting sentencing in The Hague.

The Sidi Yahya Mosque was among several sites in Timbuktu attacked by Ansar Dine, which considered the city's mausoleums idolatrous according to their strict interpretation of Islam. 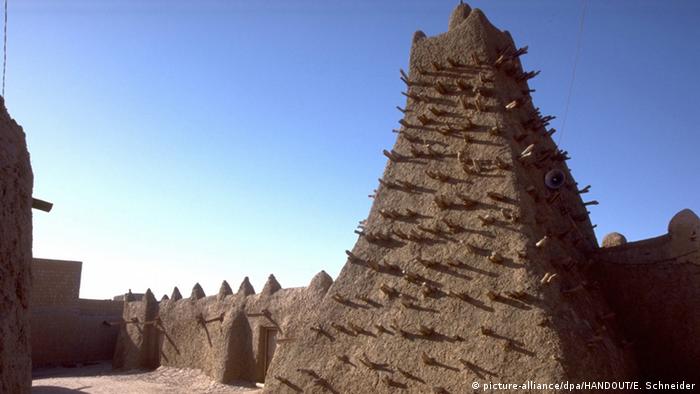 DW spoke to Paul Melly, a Mali researcher and Associate Fellow at Chatham House in London about the restoration of the mosque.

DW: How important is this mosque for ordinary people in Timbuktu?

Paul Melly: It's very important in practical terms because the value of cultural and religious buildings is absolutely fundamental in daily life in Mali and particularly in Timbuktu.

Timbuktu has a reputation as a very important religious and cultural center in the country. This restoration carries a political weight, sending a signal that Mali is not going to allow its overall equilibrium, if you like, as a society and as a polity to be permanently changed by the events of 2012, when jihadists took over the north of the country.

The security situation in northern Mali is still volatile. How sure are we that nothing will happen to these restorations?

We can't be sure that it will not be attacked again. It's almost impossible to protect against terrorism without completely unbalancing the country by allocating all of the resources to security.

Human rights groups including UNESCO have said that the destruction of the mosque did amount to war crimes. How important is the mosque and the manuscripts at the mausoleums?

I think what people need to remember is that Timbuktu is a very ancient center of learning. It was at the southern end of a caravan route from Morocco as far back as the medieval era. There is a very long tradition of exchanges between Timbuktu and Islamic scholars in Morocco.

The libraries in Timbuktu have an extra-ordinary array of documents. Most of them were fortunately saved during the jihadist occupation and were either hidden or smuggled out of Timbuktu to safety. Some were damaged but the overwhelming majority survived.

Similarly the mosques and the tombs of saints in Timbuktu are very important expressions of the city's history and culture. It really is one of the most important cultural centers in West Africa.

In a world first, a jihadi charged with wrecking cultural heritage has gone on trial in The Hague. Malian Ahmad al-Faqi al-Mahdi pleaded guilty to a charge of directing attacks in Timbuktu. (22.08.2016)

Malian special forces have captured a top commander of the Ansar Dine jihadist group, which is responsible for several attacks. A deadly attack on a military base last week was claimed by Ansar Dine. (27.07.2016)

Another African has appeared in the dock at the International Criminal Court, charged with destroying ancient monuments in Mali. Some African leaders say the court unfairly targets the continent. (21.08.2016)