More Tibetan protesters have set themselves on fire this year than ever before, in one of the biggest waves of political self-immolations in recent history. A Tibetan monk in exile talks about the issue. 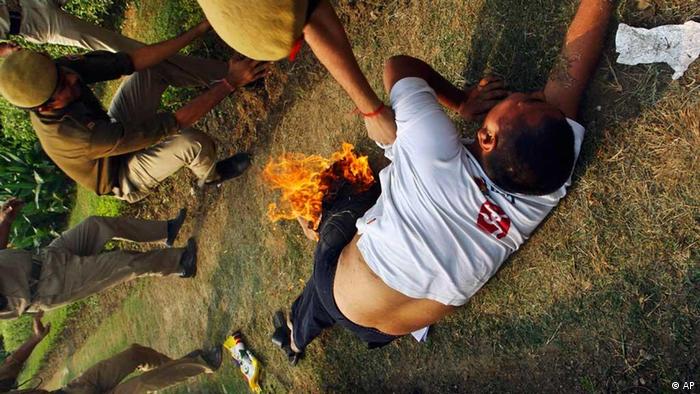 Two new cases of Tibetan self-immolations have emerged in recent days. It's a development that exiled Tibetans in Dharamsala, the residence of their spiritual leader Dalia Lama, are following with growing concern.

The canteen at the refuge camp for Tibetans who have fled China is as big as a sports arena. A huge photo of the smiling Dalai Lama hangs in the room where 500 exile Tibetans typically meet to eat. But only five are there on this particular day.

"Before the uprising in Tibet in 2008, we took in between 2,000 and 3,000 refuges per year," said Mungyur Yondon, who works in the canteen. "But the situation has become very tense since then. The Chinese government has set up additional border guards, and plenty of military is in the region. So it's very difficult to get through." 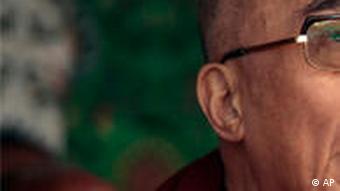 Buddhist monks rever Dalai Lama, while the Chinese view him as trouble

Gayrong Chonphel is one of the monks who risked their lives and succeeded. Now he wants to tell the world what happened to his monastery at home.

"The army and police occupied the monastery in 2008 to enforce the so-called 're-education plan,'" he says.

They demanded that he renounced Dalai Lama, recalls Chonphel, who, like every monk, reverently refers to the spiritual leader as "His Holiness." The Chinese, on the other hand, call him a terrorist who has forced Tibet's secession.

Chonphel decided to flee and hid for months in the woods.

'Better to be dead'

"Tibetans have seen with their own eyes how their culture is being forced to die, and their language, too," he says. "Some feel it is better to be dead than to see this happen. That's the reason for the self-immolations. I have also felt this depression." 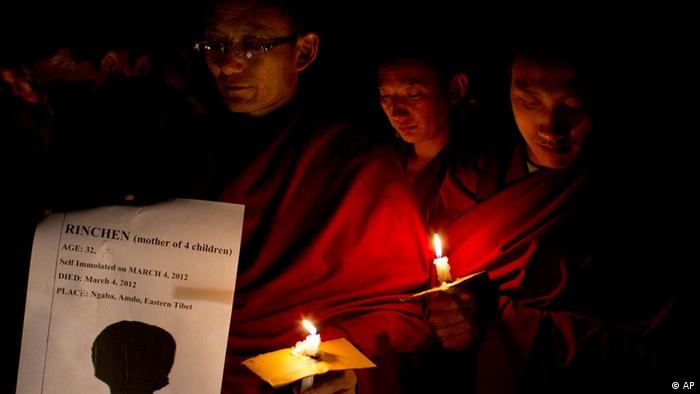 Exiled Tibetan monks lights candles for the victims of self-immolations

To pour fuel over oneself and light a match is a tragic form of Tibetan protest that often ends in a painful death. There have never before been so many self-immolations than in this year. Candles are lit in Dharamsala for every self-immolation.

"As a human being, you try to dissuade them," says Lobsang Sangay, prime minister of the exiled Tibetan government. "As a Buddhist, you pray for them. And as a Tibetan, you show your solidarity with their reasons."

The self-immolations have forced the Chinese government into a difficult situation. It's under pressure to follow a different course than the one that the Dalai Lama has chosen and is pursuing - the so-called middle path of dialog with China.

"My job is hard enough without adding more difficulty," says Sangay. "Our position is very clear: We stand for nonviolence and democracy, without compromise."

Although exiled Tibetan Buddhist monks can practice their religion without any major restrictions in India, the goal of every one of them is to someday return to Tibet on the other side of the Himalayas, says Chonphel.

Yet Chonphel himself has just received a message from his family in Tibet, telling him that a return at the moment is not possible. So he must accept that a return is still a dream - for now but not for always.

Two Tibetans set themselves on fire in anti-China protest

Two Tibetan monks have set themselves alight in Lhasa in protest at Chinese rule. The incident is the latest in a series of self-immolations by Tibetans angry at what they see as cultural and religious repression. (28.05.2012)

Tibetans continue to self-immolate despite Beijing's claims of stability

According to rights groups, two women have set themselves alight in China over the weekend, raising the number of self-immolations to at least 25 in the past year. (05.03.2012)

Another Tibetan monk dies after setting himself on fire

Hundreds of monks and lay Tibetans hold vigil after monk dies in another case of self-immolation. Security is high in Tibet and other Tibetan areas of China ahead of the traditional New Year. (20.02.2012)