Better than expected business in its material services and elevators unit have helped the German steelmaker beat full-year earnings forecasts, despite a net loss related to the sale of a steel mill in Brazil. 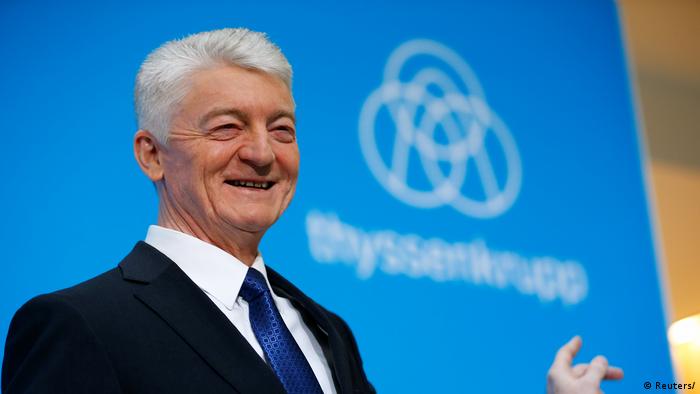 On a net basis, however, the group still posted a loss of €591 million, due mainly to a one-off charge related to the sale of Brazilian steel mill CSA in the second quarter.

Chief executive Heinrich Hiesinger said the group had achieved "important milestones" for the restructuring strategy he set out in 2011 upon taking control of the group. "The sale of the Brazilian steel mill CSA and the memorandum of understanding on a joint venture of our European steel activities with Tata Steel created strategic clarity," he said in a statement.

ThyssenKrupp, which makes products ranging from submarines to car parts to elevators, reported earnings in its material services unit more than doubled over the year to €312 million, thanks to a recovery in material prices. Its components technology unit saw earnings rise 12 percent to €377 million, while earnings at its elevator technology division grew 7 percent to €922 million.

By contrast, its industrial solutions unit reported a 69 percent drop in earnings to €111 million as ThyssenKrupp is aiming to transform itself from being a traditional steelmaker to a company focusing on goods and services.

As a result, ThyssenKrupp sold its CSA plant in Brazil and seeks to spin off its European steel unit by merging it with the European operations of India's Tata Steel. The two steel giants have agreed to join forces in the hopes of boosting their resilience against a flood of subsidized Chinese steel that has roiled western markets.

The tie-up, announced end-September to form Europe's second biggest steel works after ArcelorMittal, has sparked fears for 4,000 jobs in production and administration that hang in the balance. On Thursday, thousands of workers, some holding up signs saying "We are the future", answered a call by metalworking union IG Metall to protest at the group's Andernach site in western Germany.

"The problem of overcapacity in Europe's steel product remains unsolved, and we are convinced that this merger plan is the best solution to provide the means to become the number two in steel in Europe, and to generate synergies that we would not have been able to achieve on our own," he said.

The merged holding company will be headquartered in the Netherlands and the deal should be completed by the end of 2018, added the German group.