The late-season avalanche hit the cross-country skiers as they walked up towards a summit. It is unclear how the snow became dislodged and swept them away. 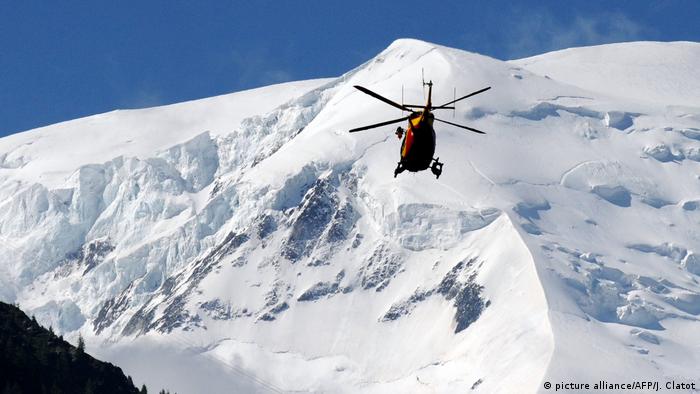 The mayor of the nearby resort village of Bonneval-sur-Arc said the avalanche struck around 10 a.m. local time (0800 UTC) at 3,100 meters (10,170 feet) near the mountain border with Italy on Tuesday morning.

The two skiers and their guide had left Bonneval-sur-Arc in the morning via a cross-country route which runs along the slopes of the resort. The resort was closed for the winter season but still had good snow cover. The group had been making their way up towards the Col du Greffier mountain pass in Vanoise National Park.

Mayor Gabriel Blanc did not give details on the identity of the victims who are believed to be two men and a woman.

"We know definitely that there were only three victims," Blanc said, adding that the search operation had been ended at 2 p.m. local time. A helicopter had been used to search the Albaron area for additional victims but had found none.

It is not clear how the block of snow was dislodged, sweeping the skiers down towards a rocky ridge.

Spring thaws can sometimes bring avalanches as snowpacks melt in the warmer weather and rain. Over the last few days there had been a mix of mild temperatures, rain and snowfall in the area.

Four people were killed in an avalanche in an off-piste area near the ski resort of Tignes in February and an avalanche hit the on-piste slopes in the resort in March, burying skiers. Avalanches in the French Alps are a frequent occurence during the winter with between 500 and 1,500 recorded each year.