Protesters have gathered in the streets of Yemen's capital Sanaa to protest the coup by Houthi rebels. Several neighboring countries condemned what they consider to have been a "coup." 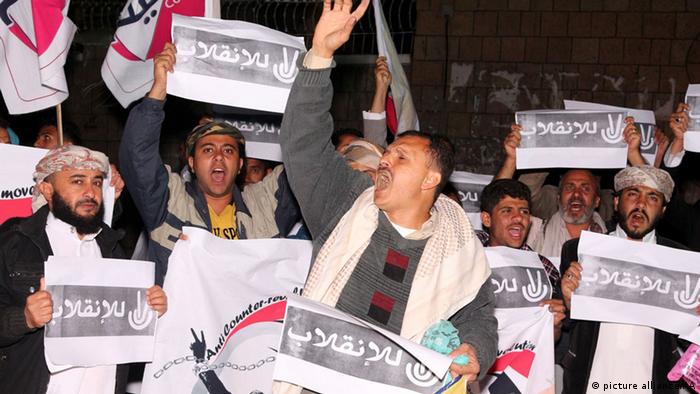 Demonstrators swarmed into Yemen's streets on Saturday, one day after the Shiite militia dissolved the parliament and set up a five-member presidential council, effectively seizing power in the strife-torn country.

Citizens gathered in several cities in Yemen, including Hodeida, Taiz and Ibb, to express their anger at the Shiite Houthi militia's takeover of the government. They chanted slogans, calling the Houthi takeover a "coup," and demanding that the group withdraw its forces from Yemen's major cities.

Rebel Houthi gunmen fired in the air to disperse protestors and even beat them back with sticks and clubs.

Security officials also reported a bomb explosion on Saturday, on the street leading to the presidential palace, in which three people were wounded. No group immediately claimed responsibility for the attack, but there were fears that Sunni Muslim militants could be provoking a clash with the Shiite rebels, leading to an all-out sectarian war. 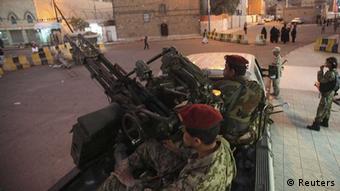 Meanwhile, the six-nation Gulf Cooperation Council (GCC) condemned the coup in a statement, saying it marked "a grave and unacceptable escalation" and that it endangered "the security, stability, sovereignty and territorial integrity of Yemen."

The GCC, which has Sunni-dominated countries like Bahrain, Kuwait, Oman, Qatar, Saudi Arabia and the United Arab Emirates as its members, had urged the Shiite militants, also known as the Houthis, to pull out of Sanaa in September last year, when they ran over the capital.

The rebels occupied the presidential palace and key government buildings in January, forcing President Abed Rabbo Mansour Hadi and Prime Minister Khaled Bahah to resign from their positions. On Friday, the Houthi militants released a constitutional declaration, dissolving the parliament and setting up a presidential council.

Yemen's instability is of prime importance in the region, considering that the impoverished nation is a hotbed for Al Qaeda terrorists. While the Houthis are against the Al Qaeda, they are also hostile towards their neighbor Saudi Arabia and the United States. Shiite country Iran is considered the Houthi's strong backer in the Middle East.

Earlier in the day, the United Nations threated Yemen with sanctions, if the Houthi rebels failed to stall the unrest.

Fighting between Houthis and presidential guards in Yemen has ended for now. The capital, controlled in large part by Houthi rebel fighters since last September, was more tense and restless than usual on Monday. (19.01.2015)