German authorities have urged more than 15,000 people to evacuate the eastern city of Magdeburg as flood levels reached record levels. Meanwhile, people in Budapest are bracing as the surging Danube approaches. 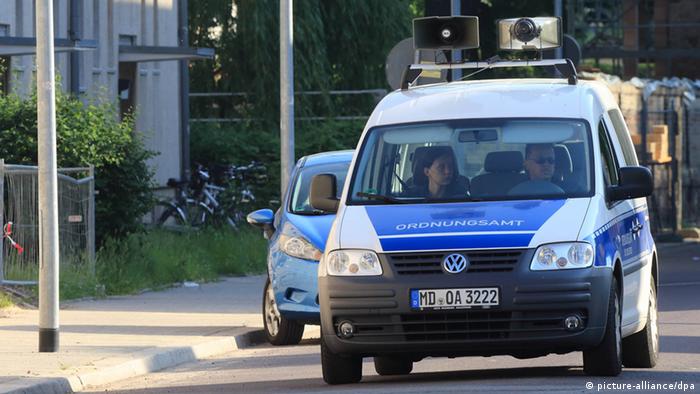 The water level of the Elbe river in Magdeburg Sunday reached nearly 7.4 meters (24 feet), up from the normal level of two meters. The peak level was 70 centimeters above that reached during the last catastrophic floods in 2002, when the river's maximum was 6.72 meters.

"We hope that the dikes will withstand the pressure over the coming days, but we can't be 100 percent sure," said fire service spokesman Andreas Hamann, who is one of 1,200 emergency staff working in the area.

Flooding in Germany and across central Europe has caused billions of euros of damage and killed at least 18 people.

The evacuations in Magdeburg were described as a precaution, but a city spokesman said "people really are supposed to leave" when confronted with danger. A total of 23,000 have been asked to evacuate the city this weekend.

Some lessons learned on how to handle floods

The town of Eilenburg in Saxony has survived the 'Great Floodof 2013' with hardly any damage. In 2002 things were different and the city center was completely inundated. This time, Eilenburg was prepared. (08.06.2013)

Downstream along the Elbe, the town of Lauenburg and the village of Hitzacker in Lower Saxony were bracing for flood waters in the coming days. More rain heavy rain is expected Monday in the states of Thuringia, Saxony and Bavaria.

President Joachim Gauck visited flood-affected areas on Sunday, where thousands of homes have been damaged.

"One cannot imagine how much remains to be dealt with," he said.

The Sunday edition of the Leipziger Volkszeitung newspaper carried a story citing government sources saying the government would hold a flood crisis summit this week to discuss how the massive costs associated with the damage from the flooding are to be shared between federal and state authorities.

Meanwhile, several media outlets said they had received a letter threatening to blow up dams along the Elbe, said Holger Stahlknecht, the interior minister for Saxony-Anhalt.

"We are taking the letter seriously," he told the DPA news agency.

In Hungary, around 7,000 soldiers and volunteers were working frantically to boost defenses with sandbags and flood walls, Prime Minister Viktor Orban said. Most of the water is expected to avoid the capital.

"The flood is now approaching Budapest, the heart of the country," Orban said from Esztergom, around 48 kilometers (30 miles) north of Budapest. "Two decisive days are ahead of us because the danger will be where most people live and where most things of value are at risk. It is now when we have to gather all our strength."

There have been no reported fatalities due to flooding in Hungary, but some 1,400 have evacuated towns and villages along the Danube.