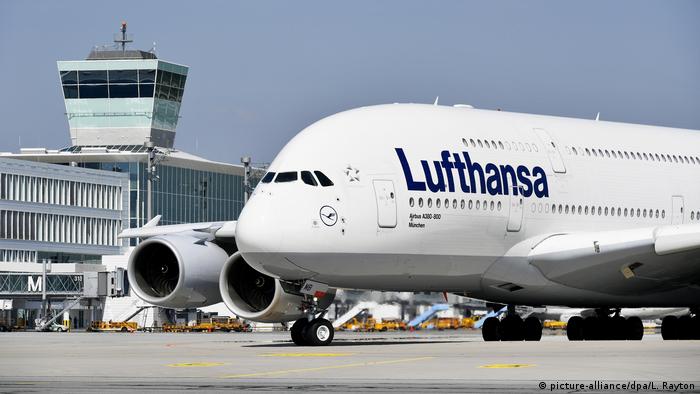 The Hamburg-based aviation security agency noted that there were 293 fatalities in aviation accidents, compared to 559 in 2018.

It said when measured by the number of victims, 2019 was the third-safest year for air travel since World War II. Only in 2013 and 2017 — where 40 fatalities were recorded — were fewer people killed.

"The sharp reduction in fatalities compared to 2018 is — at the risk of sounding macabre — due to the grounding of the 737 MAX in March," Jan-Arwed Richter, the head of JACDEC, said.

If the plane had remained in service, there would have been "in all probability" another accident.

On March 10th, 157 people died aboard an Ethiopian Airlines Boeing 737 MAX 8 when it crashed minutes after takeoff.

It was the second accident in less than six months involving Boeing's latest jetliner — the other, involving an aircraft belonging to Indonesia's Lion Air, killed 189 people.

Investigators have questioned the role of the planemaker's MCAS flight control system in both crashes.

On average, 484 people have died per year over the last 10 years, according to JACDEC figures, published by the aviation magazine Aero International. In the previous 10 years, the average was 876 per year, it said.

JACDEC counts aircraft with a weight of more than 5.7 tons (5,170 kilograms) or more than 19 seats in its analysis.

Meanwhile, the German Aviation Association (BDL) noted there were no accidents in either German or European Union airspace this year.

BDL calculated that some 4.5 billion passengers were carried by commercial airlines affiliated with the International Air Transport Authorities (IATA) in 2019 — 14 times as many as in 1970.

Boeing replaced its chief executive in a bid to restore its reputation after two deadly crashes of its 737 MAX. Dennis Muilenburg quit on Monday, after the board "decided that a change in leadership was necessary." (23.12.2019)