A man infected with the deadly Ebola virus has been admitted to a hospital in the eastern city of Leipzig. His is the third case to be treated in Germany. 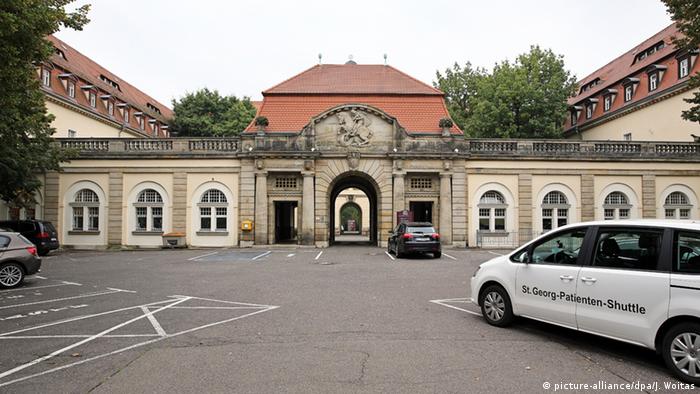 Health officials from the German state of Saxony confirmed on Thursday that an Ebola patient had arrived in the country.

The man, who originates from Sudan, contracted the virus in Liberia, they said, adding that he had been transported from the airport to the St. Georg Clinic in the city of Leipzig, which is located roughly 200 kilometers (125 miles) southeast of Berlin.

St. Georg's Clinic is one of seven health facilities in Germany with the capability to treating highly infectious patients in isolation.

Two other Ebola patients have also been flown to the Central European country in recent weeks. A World Health Organization (WHO) employee had fallen ill with the hemorrhagic fever in Sierre Leone was brought to Hamburg, where doctors were able to stabilize him and eventually release him last week.

Doctors in Frankfurt am Main continue to treat a second patient, a Ugandan doctor and WHO worker, who had also contracted the virus in Sierra Leone.

The Ebola epidemic has swept through the West African nations of Liberia, Sierra Leone and Guinea, claiming an estimated 3,800 lives since March. Though the United Nations, the US and Germany have launched coordinated mission to combat the spread of the virus, leaders outside of Africa are concerned about Ebola appearing in their own countries.

Late last month, the United States recorded its first Ebola diagnosis on US soil when a Liberian man showed symptoms of the virus after arriving in the country. The story of his diagnosis shocked health officials when it was revealed that he had been released owing to a medical glitch. He was later readmitted to the Dallas hospital, where he passed away on Wednesday.

Another case that has caused concern in Europe involves a Spanish nurse who had been infected while treating a patient flown in from West Africa. The EU has said it will investigate the circumstances surrounding the case.

Anger in Madrid as Spain grapples with Ebola

Fear and outrage have gripped Madrid's hospital corridors and spilled out into the streets of the Spanish capital, where two priests died of Ebola last summer. One of their nurses emerged infected. (09.10.2014)

Waiting for an Ebola vaccine

EU mulls response to Russia's arrest of Navalny 2h ago