The West is caught between a rock and a hard place on Iran | World| Breaking news and perspectives from around the globe | DW | 19.06.2009

The lines in the sand are drawn in Iran. The opposition wants new elections, but the country's supreme leader has reiterated the election victory by President Ahmadinejad. So what should Europe and the US do now? 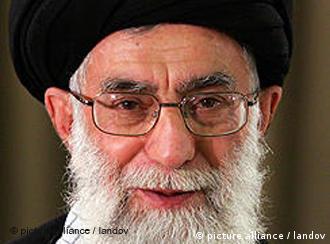 With mass demonstrations continuing since the announcement of the presidential election results in the Iranian capital and other cities despite a government crackdown, many observers inside and outside the country had hoped that Supreme Leader Ayatollah Ali Khamenei would make an effort of reconciliation in his traditional Friday sermon. Instead, Khamenei defended Mahmoud Ahmadinejad, declaring him the clear winner of the election and urged the opposition to end its protests.

That puts the West in a terrible bind, says Nicola Pedde, Director of Globe Research, a Rome-based think tank focusing on the Middle East. "We can do nothing. If you support the reformists, the Iranian government will say that the opposition is supported by agents of foreign governments. And if you stay silent it can be interpreted negatively as support for the government." Pedde suggests Western governments should pursue low profile politics and avoid taking sides in public. 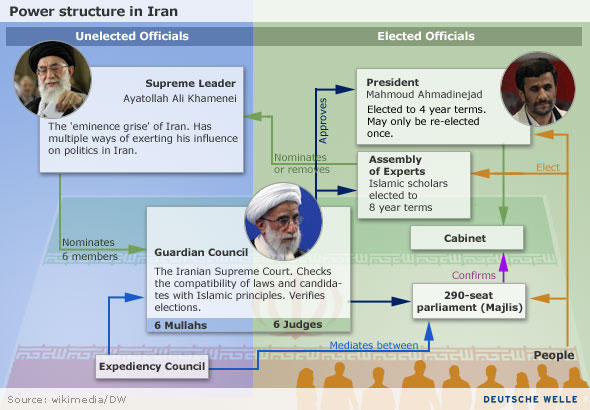 Paul Luft, founder of the Center for Iranian Studies at Durham University, agrees that Western countries should stay out of what he describes as an internal conflict and lauds US President Barack Obama for treading carefully in his remarks on the election. Luft points to the fact that relations between the West - especially the United States, but also Europe - and Iran are very complicated and contentious. If the West is perceived to be meddling in Iran's domestic affairs, that could help unite the Islamists, says Luft. "I think it would be counterproductive."

But other experts argue that the West can't just stand by and let events unfold, but must make a concerted effort to support the democracy movement in Iran.

"The West shouldn't prematurely recognize Ahmadinejad as the winner of the election", says Jamsheed Faroughi, Head of Deutsche Welle's Farsi service. Instead, Western countries should demand new elections in Iran under independent, international supervision. "If Ahmadinejad really won the election by a landslide as the official results claim, then what is the government afraid of?"

It is crucial that Europe doesn't just remain on the sidelines this time, argues Bernd Kaussler, an Iran expert at James Madison University. "If the EU fails to stand up right now and fails to support not only the reform movement, but in fact the majority of society in Iran, this may well be the end of a democratic Iran."

Kaussler admits that Europe is in a difficult position, but says it could lose all of its credibility with reform-minded Iranians if it doesn't act now. Even though there were massive disqualifications of candidates before the parliamentary elections in 2004, he says, the EU didn't want to come down hard on Iran because the country had just signed a protocol of the Nuclear Non-Proliferation Treaty. "Now is the time to repay this debt to the Iranians." 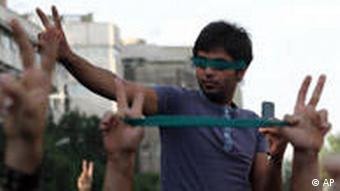 Kaussler agrees with Faroughi that the West should not recognize Ahmadinejad as the winner of the election. While the EU and the US shouldn't endorse his opponent Mir Hossein Mousavi in order not to meddle too much in Iranian affairs, they should highlight human rights violations and demand freedom of expression in Iran. "It could start with the European Parliament issuing a resolution claiming solidarity with the Iranians." The European Parliament is in in a much better position than individual governments or the European Commission to do so, because it isn't necessarily bound by too much international protocol, adds Kaussler.

While Iran experts are divided about how the West should deal with the situation, they agree that the election that caused events to unravel was not fair. "There are a number of inconsistencies which indicate there has been either rigging of the election or interference", says Paul Luft and cites the fact that Mousavi according to official results had lost in his home province of Azerbaijan in northwestern Iran where ethnic and local coherence would clearly have favored him to win. 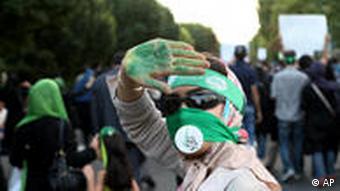 Experts agree that there were election irregularities

The numbers just don't add up, says Kaussler. "For Ahmadinejad to claim that he won big cities like Tehran and Tabriz, major bastions of support for the reformists, is as likely as John McCain winning Vermont or President Obama losing the African-American vote."

As for predictions on how events in Iran could develop, even the experts don't have a clear idea. In the end, they say, it could come down to the question of how long the opposition can sustain its efforts, while the government is obviously playing for time. But whatever the outcome in the end, the Islamic Republic as it was before the presidential polls of 2009 is gone, says Nicola Pedde. "The burden of the election will always remain."