The scandal that rocked the government of Helmut Kohl | Germany | News and in-depth reporting from Berlin and beyond | DW | 18.01.2010

The scandal that rocked the government of Helmut Kohl

The government of former German Chancellor Helmut Kohl was badly damaged by revelations that his CDU party received several donations from a lobbyist accused of bribing officials. 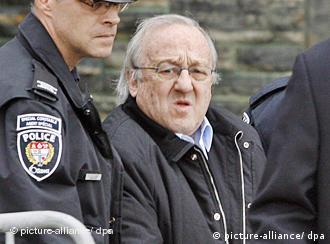 The scandal began in 1995 with the news that arms dealer Karlheinz Schreiber had given a series of undeclared contributions to then-Chancellor Helmut Kohl's Christian Democratic party, the CDU.

The scandal started gathering strength in November 1999, when public prosecutors in the city of Augsburg issued an arrest warrant for Walter Leisler Kiep, the former treasurer of the CDU.

Kiep was charged with tax evasion for failing to declare a donation from arms industry lobbyist Karlheinz Schreiber. In the course of the investigation, it emerged that the money was a commission paid by the company Thyssen for exporting armored tanks to Saudi Arabia.

Investigators also found that the money was not a one-time payment to the CDU. It turned out that the CDU had long been using a system of secret accounts to receive campaign contributions.

On December 16, 1999, the German parliament set up a special commission to investigate the CDU slush fund affair. The most serious allegation was that the donations were kept secret because they influenced key government decisions.

On the same day, Kohl admitted having accepted cash donations for his party. In his first detailed interview on the scandal, Kohl said on German television that he had made mistakes but denied that he was corrupt. He also refused to name the donors. 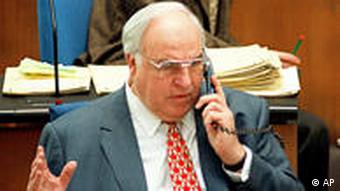 Former Chancellor Helmut Kohl was forced to defend his actions

"These donors trusted me with this sum of money under the condition that they wouldn't be named. They were German citizens who had nothing to do with government decisions or policy in any sector. They wanted to help me. And I don't intend to reveal any names because I gave them my word," Kohl said at the time.

The former chancellor's refusal to name the donors plunged the CDU into a deep crisis. Between 1993 and 1998, Kohl was found to have received cash donations worth around two million deutschmarks.

The investigation also uncovered new dimensions of the party slush fund affair including a funding scandal at the regional CDU party in the state of Hesse.

Investigators also looked into suspicions that the privatization and sale of the East German oil refinery Leuna to the French oil giant Elf in the 1990s was accompanied by bribes of 50 million deutschmarks to German politicians.

The sale of Leuna had the political support of Kohl and French President Francois Mitterand. Lobbyist Dieter Holzer and the former German deputy defense minister, Ludwig-Holger Pfahls, were key figures in the affair.

In January 2000, the CDU leadership distanced itself from its honorary president, Kohl - forcing him to quit the post. It also paved the way for the rise of current Chancellor Angela Merkel. At the time Merkel was the general secretary of the CDU and she was seen as the driving force behind her party's break with Kohl over the scandal. 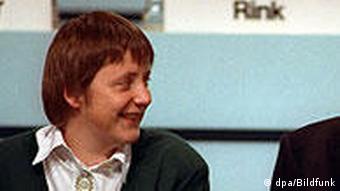 The scandal brought Angela Merkel to prominence within the CDU

The scandal also cost the CDU dearly: Kohl's refusal to name donors and the party's violation of the country's strict political funding rules saddled the party with fines of up to around 6.5 million deutschmarks.

The CDU in the state of Hesse was slapped with penalties of more than 41 million deutschmarks for cooking the books. The state party admitted it had operated a secret Swiss account, funneling millions back into party coffers and falsely booking the money.

Despite the two-and-a-half year probe into the CDU's murky financial dealings, the chairman of the special parliamentary investigation committee said during the time that key questions in the affair still remained unanswered.

"A lot of untruths have been told in this committee, to put it mildly. I can also be more brutal and say: 'a lot of lies have been told,'" said Volker Neumann, a member of the center-left Social Democratic Party.

"For years, the CDU hasn't just breached party funding laws but it was also guilty of political corruption on several accounts under then Chancellor Kohl," Wolfgang Stroebele of the Green Party said.

The CDU denied allegations of corruption but the affair engulfed other leading lights of the party too. In early January, 2000, CDU chief Wolfgang Schaeuble, Kohl's handpicked successor, admitted he had received a payment of 100,000 deutschmarks from Schreiber. 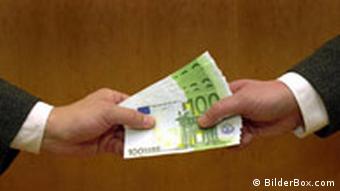 A number of undeclared donations were made

But Schaeuble, Germany's current finance minister, insisted he had forwarded the money to the CDU's then treasurer, Brigitte Baumeister, and had nothing to do with the illegal booking of the money. Baumeister rejected the accusation, saying she had handed over the money to Schaeuble in an envelope.

The allegations were never proved in court but the affair cost Schaueble his job. He was replaced by Angela Merkel.

In many cases, the courts were unable to prove that CDU heavyweights were indeed involved in the affair. Proceedings against Helmut Kohl in a court in Bonn were stopped.

And authorities in Augsburg suffered a setback when Joerg Hillinger, the public prosecutor in an investigation of the CDU party in the state of Saxony was killed in a car accident in April 1999.

His death came shortly after investigations uncovered dubious dealings in the state party. Till today, it remains unclear whether his death was an accident or murder. 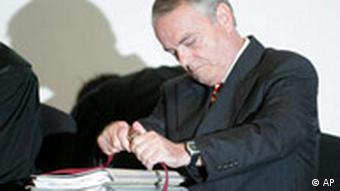 The CDU slush fund scandal has all the makings of a political affair. Till today, the names of the donors remain unknown and it remains unclear how many millions the party actually received in secret donations.

Investigators had hoped the arrest of former Deputy Defense Minister Holger Pfahls in July 2004 - after five years on the run - would shed more light on the affair. But that didn't happen.

Karlheinz Schreiber will face charges of tax evasion, bribery and fraud. He was implicated in a scandal over illegal donations to the Christian Democrats in the 1990s, when the party was led by Helmut Kohl. (03.08.2009)