Queen Elizabeth II's birthday may have already been on April 21 and celebrated in Windsor Castle in mid-May - but the final three-day round of celebrations begins now. 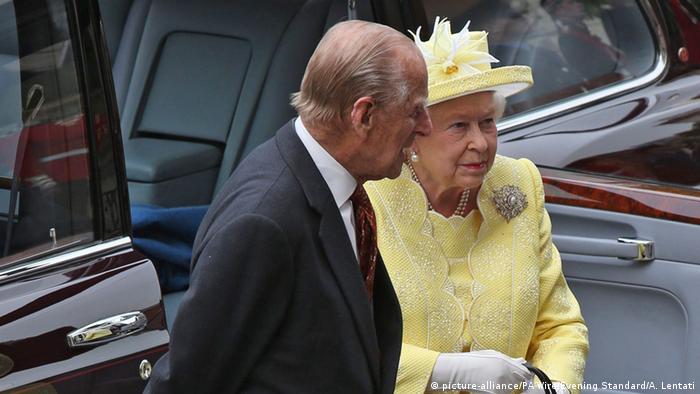 The Queen has turned 90 - and the celebrations go on. Festivities lasting three days, from Friday to Sunday, begin with a thanksgiving service at St Paul's Cathedral in central London. On Saturday (11.06.2016) the Royal Guard will make its famous appearance with a military parade. The Royal Air Force will also give a special air show. Finally, a large outdoor picnic on the boulevard in front of Buckingham Palace is scheduled for Sunday.

Her husband will also be celebrating: Prince Philip turned 95

Prince Philip, with with whom the monarch has been married for nearly 70 years, has just turned 95. The Queen's 90th birthday was also lavishly celebrated in an arena near Windsor Castle a month ago. About 5000 spectators attended the 90-minute show with many celebrities, broadcast live on television. On her actual birthday on April 21, Britain's longest-reigning monarch accepted congratulations from around the world. 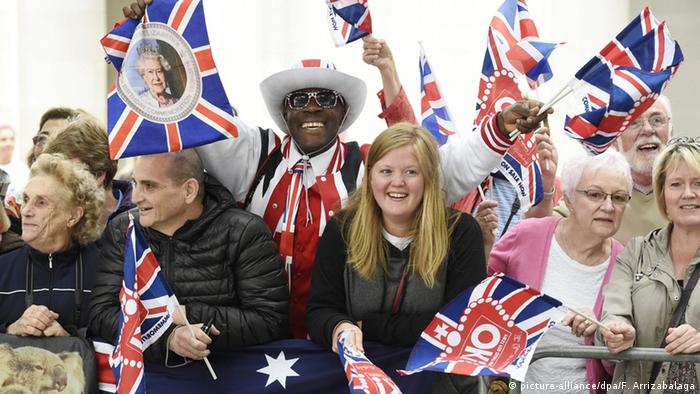 Jubilant Queen fans in front of the St Paul's Cathedral

Elizabeth II ascended to the throne in 1952. Since then she has ruled over twelve British prime ministers. 16 countries see the Queen as their head of state. Elizabeth II has found her way into history books, art and culture. Several authors have written about her, and a number of directors have made films about her life. And ever since her reign began, Elizabeth II has been the topic of numerous cartoons.

A number of other cities in the UK will be celebrating with the Queen in the coming days, with many pubs extending their opening times until Sunday.

Distraction from the Brexit

The birthday celebrations are likely to provide the British a little diversion from the proposed referendum on the membership of the United Kingdom in the European Union. There will be a vote on a possible Brexit on June 23. The Queen has been neutral on the topic in recent weeks.

Britain's press regulator has ruled that The Sun significantly misled readers with the headline "Queen backs Brexit." The newspaper, part of the billionaire Rupert Murdoch's vast media empire, stands by its story. (18.05.2016)

Birthdays, jubilees or official visits - the Queen is constantly showered with presents. Elizabeth II has been on the throne so long, by now, her collection of gifts contains some oddities indeed. (13.05.2016)