The Origins of the Taliban

The International Community is fighting against the Taliban in Afghanistan. But the West is partly to blame for the Taliban's rise to power 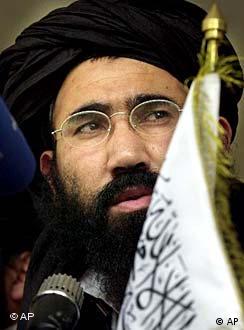 After winning its independence from the former Soviet Union, Afghanistan faced a civil war in which various factions vied for control. During this struggle for power, a new group emerged under the auspices of Pakistan, the US, Saudi Arabia and the United Arab Emirates.

So-called Koran students, or Taliban, had suddenly become the unlikely group on which hopes for peace rested. The Taliban promised to topple the corrupt regime in Kabul, to end the fighting, and above all, reconciliation. In 1996 they took control of the country. The mujahideen were forced to flee to the north of Afghanistan, where they re-grouped to form the Northern Alliance. They now control only about five percent of the country.

Whereas the mujahideen groups had championed Islam in response to the Soviet invasion and followed a modernist interpretation of Islam, the traditionalist and socially conservative Taliban vowed to rule Afghanistan in accordance with the pure sharia. In reality, their education is limited to a narrow study of the Koran and other scriptures.

The Opium of the People

In areas under their control they have imposed rigid structures, closing girl's schools, prohibiting women from working, requiring men to grow beards and imposing archaic forms of punishments, such as limb amputation for theft.

On the other hand, they have been slack in the persecution of other crimes, such as the cultivation of the opium poppy, the raw material for heroin, which flourishes as one of the country's main export earners.

Although they control the country, there is no Taliban government as such. Individual regions are ruled by shuras, assemblies of mullahs, who have shown themselves to be incompetent, excessively harsh and unpopular administrators.

The international isolation of the fundamentalist regime has made Afghanistan a safe haven for Islamic terrorist groups. The rugged, mountainous outback of this very inaccessible country provided the ideal training ground for the likes of Osama bin Laden and his terrorist al Quaida network. As yet, there is no alternative for effective government in sight.

Ordinary Afghans have borne the brunt of this vicious circle of violence. US strikes against the country may exacerbate one the greatest humanitarian disaster the world has ever seen. Barely enough food is getting through to the worst-hit areas, at least 400 000 people have already run out of food in the mountains in northern Afghanistan. Their future looks grim, even before the winter sets in. The sheer scale of the catastrophe is daunting.